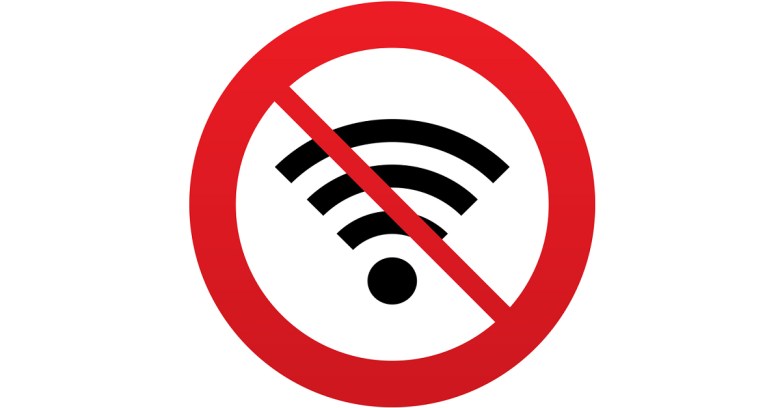 GRACE Marketplace thinks of itself as being the Walmart of homeless centers.

In one centralized location in Gainesville, Florida, it offers end to end services: substance abuse counseling, help with signing up for public benefits such as food stamps, showers, restrooms, meals, a place to store personal belongings, an adjacent tent village called Dignity Village, and more.

Unfortunately, it just lost one crucial service: namely, the free Wi-Fi that could have helped Dignity Village residents to find or apply for jobs.

…Or take an online class to get skills for potential jobs.

…Or search for an affordable place to live – particularly important, given that plans have been floated to cap the amount of time residents can stay.

The Wi-Fi has been shut down due to what sounds like a few bad apples: the illegal file-sharing kind.

We were notified by our internet service provider that there were people downloading things illegally, and if we didn’t put an end to that, they would turn off internet to the entire property, which would keep us from being able to do business and provide services.

No details about the nature of the illegal downloads were forthcoming.

But we do know that this isn’t the first time that the ISP has told GRACE that it would be facing hefty fines for illegal downloads: fines that would, of course, scare a charity without a large operating budget into shutting down residents’ free Wi-Fi.

Theresa Lowe, executive director of the North Central Florida Coalition for the Homeless and Hungry, told WUFT-FM that they had already warned residents about illegal downloading:

We had a couple complaints from our provider and notified everyone, ‘please don’t do this, we’ll end up losing the service,’ and it happened again, so our decision was to disable the Wi-Fi because we would be charged.

It’s not like Wi-Fi can’t be policed. But managing it requires resources that GRACE just doesn’t have.

DeCarmine said a volunteer from the community who’s willing to donate time or equipment would be welcome.

Let’s hope that some charitable soul steps forward to help out.

Otherwise, the actions of a few will mean that the many will be forced to suffer.

Surely there are other options.