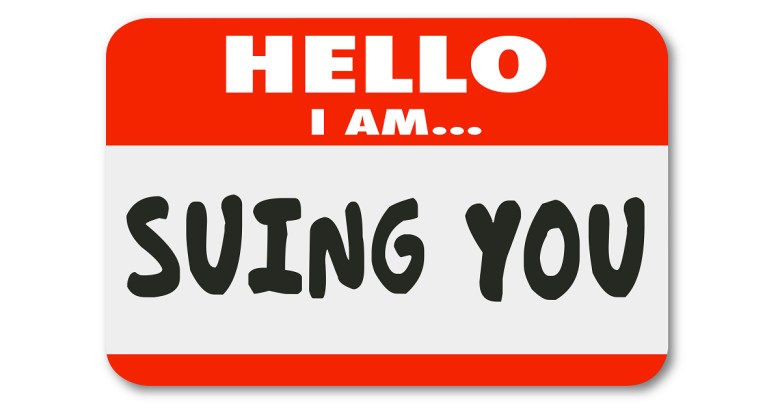 A Colorado TV station is being sued over allegedly broadcasting a mobile phone video of a 14-year-old’s erect penis, his name displayed directly above a YouTube thumbnail image of the video, and his Facebook page showing his contacts and friends.

The lawsuit is seeking $1 million in damages.

The case accuses station KOAA, its reporter, the assignment manager, the program director, a news anchor, NBC, Comcast, and others of violating federal child pornography laws, invasion of privacy, negligence, and more.

According to the lawsuit, Heather Richardson, the girlfriend of the boy’s father, contacted the station two years ago to tell its news staff about the teenager having been sextorted.

The explicit video had been taken of the teen and posted online along with extortion demands that the lawsuit didn’t detail.

KOAA sent a local reporter, Matthew Prichard, to the family’s home in Pueblo, Colorado, to interview the boy and gather up the images in question.

On 24 February, 2014, the station aired a newscast that showed not only the image of the teen’s penis that had been used to extort him – labelled with his name above it – but also an image of his Facebook page, showing his name, friends and contacts.

The suit claims that both the child and his father specifically asked that his name be kept out of any news report that KOAA broadcast.

The boy’s attorney, Matthew Schneider, told Ars Technica last week that he wasn’t authorized to comment on why it’s taken two years for the issue to lead to litigation:

I am not authorized to say anything in that matter.

KOAA President Evan Pappas told Ars that the story was only one of many that the station has run about “the dangers of sexting and cell phone security” and implied that the boy’s allegations – he didn’t specify which – are “unfounded.”

At the specific request of the victim’s father, we ran a story two years ago about his son being blackmailed over a cell phone video.

While we are unable to discuss the specifics of this recently filed litigation, we will defend ourselves against unfounded accusations.

The lawsuit claims that the teen and his family have been forced to relocate to another state as a result.

The suit also says that the boy has suffered emotional damage from the embarrassment of the story, loss of friends, alienation, depression, self-esteem problems, transfer of schools and education facilities, and “other damages related to the mental and brain development of minor children.”

His parents have suffered too, according to the suit, having lost employment, income, their home, and having been forced to move: all of which made it even tougher for the boy.

At Naked Security, we’re like KOAA in one respect: we, too, have done our share of stories about the dangers of sexting.

To have sexted at the age of 14 clearly wasn’t advisable. We’re always telling people, regardless of their age, to be careful of the content they share.

As it is, we usually hear of sexting teens after they share the images with their friends, the photos go viral, and cyberbullying ensues, sometimes with tragic consequences.

But regardless of how many media outlets, parents or online entities – including, for example, Snapchat – ask kids to keep their clothes on and their trigger-happy selfie fingers to themselves, many don’t.

Research by Drexel University in 2014, found that more than 50% of those surveyed had exchanged sexually explicit text messages, with or without photos, as minors.

The majority weren’t aware of the legal ramifications. That’s a key element in trying to figure out how to keep kids safe.

Teens who are aware of the legal ramifications of sexting don’t tend to do it as much as those who are ignorant of what kind of trouble it can lead to, legal or otherwise.

Education for kids is an important part of keeping them safe.

But so too is treating the identities of the subjects featured in sexting stories with utmost care.