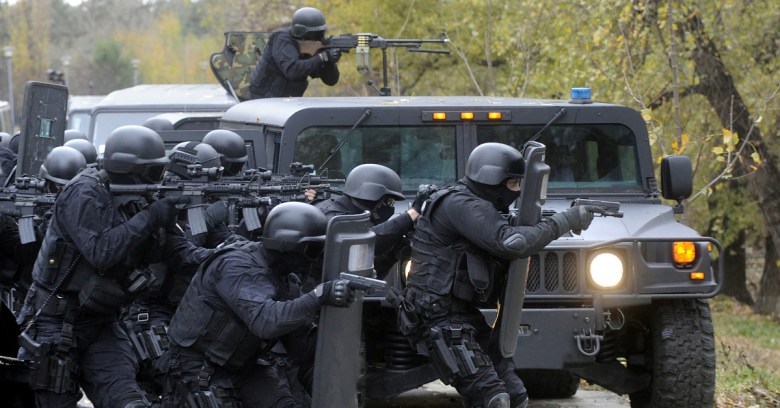 Katherine Clark has become the most recent swatting-focused US lawmaker to get first-hand knowledge of the crime.

As the Boston Globe tells it, it was a Sunday night, 31 January, and the Congresswoman (D-MA) was at home in Melrose, watching the HBO series Veep on TV with her husband.

Suddenly, the house was flooded with the blue light of police cars.

When she looked out, Clark was startled to find that police cruisers had blocked both ends of her street.

On her front lawn were police, “some with long guns,” she told the Globe.

One of them told her that they’d received a report of an active shooter at her home.

Melrose police spokesman John Guilfoil told the newspaper that a recorded telephone call with a computer-generated voice referring to “shots fired and an active shooter” at Clark’s address had come in at 9:57 p.m. on the business line.

Fortunately, Melrose police are among those in law enforcement who’ve become savvy about these bogus emergency calls, which are done as a prank or as revenge, in the hopes of getting emergency responders to descend on a victim.

At this point, they’re investigating the hoax.

Clark believes she was targeted because of her legislative work to fight swatting.

The law would cover what’s now a loophole in prosecuting swatters: current federal law prohibits using the telecommunications system to falsely report a bomb threat hoax or a terrorist attack, but it doesn’t prohibit falsely reporting other emergency situations.

The proposed bill would punish anyone who…

…uses a telecommunications system, the mails, or any other facility of interstate or foreign commerce to knowingly transmit false or misleading information indicating that conduct has taken, is taking, or will take place that may reasonably be believed to constitute a violation of any State or Federal criminal law, or endanger public health or safety.

The bill, which has bipartisan support, would punish swatters with a maximum of life in prison if death results from the swatting.

Clark joins a list of other legislators working on the issue who’ve also been swatted themselves.

In April, New Jersey Assemblyman Paul Moriarty, sponsor of an anti-swatting bill that would likewise increase penalties for the crime, was ordered out of his house to find himself facing guns and cops in flak jackets.

Moriarty’s bill, introduced in November 2014, sought to increase penalties for “false public alarm” – another term for swatting – by upgrading the crime from third degree to second degree, boosting the 3-5 years potential prison time to 5-10 years, and increasing the fine to a maximum of $150,000.

Yet another legislator to be targeted was California State Senator Ted Lieu, who was swatted in 2011.

Lieu had sponsored a law that would enable authorities to require perpetrators to bear the “full cost” of emergency services response, which can range up to $10,000.

Fortunately, nobody was hurt in the 31 January swatting attempt that targeted Clark, as she tweeted the next day:

I’m thankful no one was hurt & grateful for the timeliness and professionalism of the #Melrose Police Dept. https://t.co/Zq2LYfdGTE

Katherine Clark Verified account ‏@RepKClark
Katherine Clark Retweeted The Boston Globe
I’m thankful no one was hurt & grateful for the timeliness and professionalism of the #Melrose Police Dept.

If whoever swatted her thought that the attack would scare her away from the issue, they were wrong.

Clark told the Globe that she has no intention of backing away:

If that was the intent of calling in this event, I think they have underestimated my commitment to making sure that we do stop this practice.

In fact, she said, the experience “will really cause me to double down.”