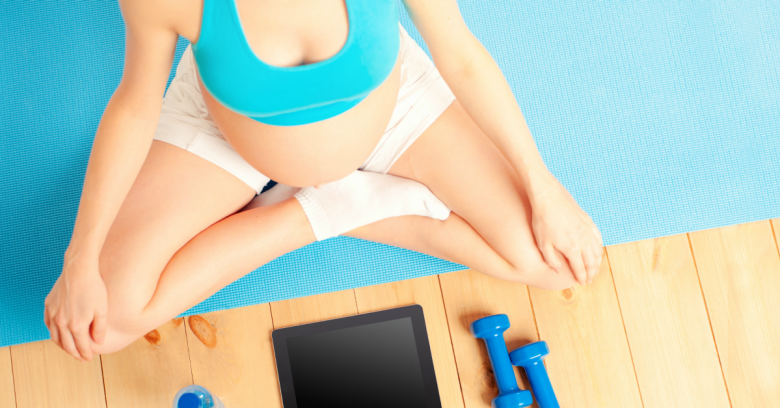 The moment when you find out that you’re going to be a parent is magical, strange, joyful and anxious all at once.

So try to imagine what it must have felt like for the man who figured out that his wife is pregnant with help from a complete stranger on Reddit.

Last week, Reddit user YoungPTone went looking for answers about some strange readings from his wife’s Fitbit fitness tracker, and posed the question to the Fitbit subreddit.

He wanted to know why his wife’s Fitbit was showing an elevated heart rate when she wasn’t exercising.

Was there a busted sensor? Could he recalibrate the device somehow? 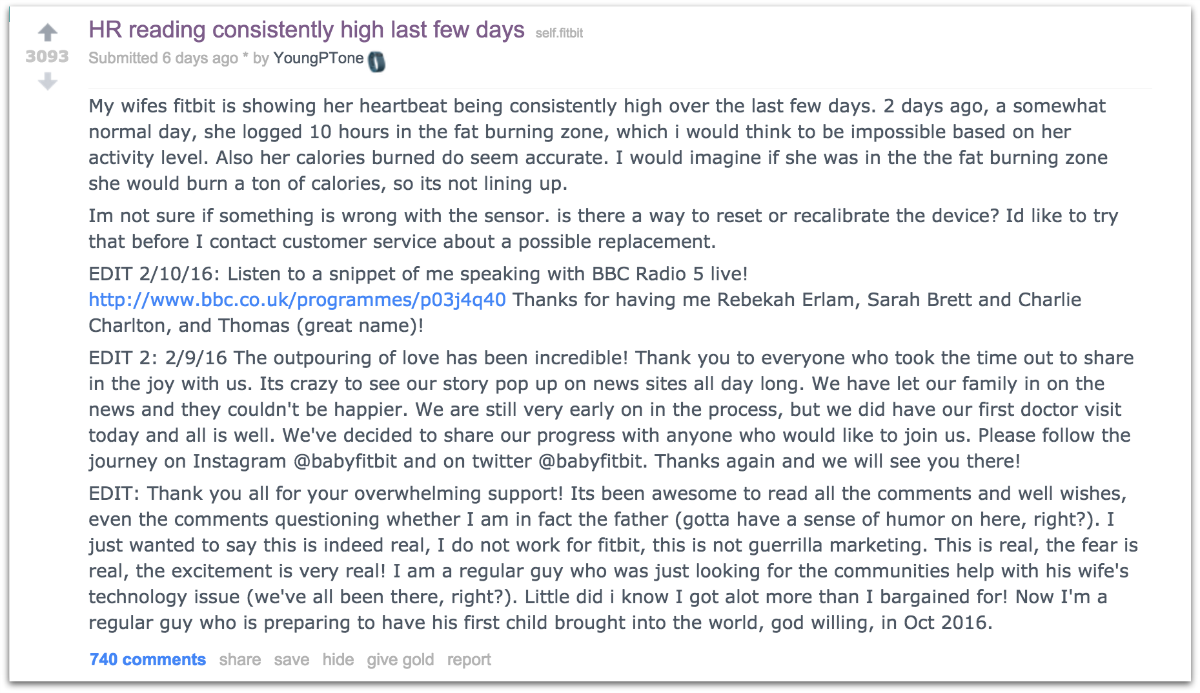 My wifes fitbit is showing her heartbeat being consistently high over the last few days. 2 days ago, a somewhat normal day, she logged 10 hours in the fat burning zone, which i would think to be impossible based on her activity level. Also her calories burned do seem accurate. I would imagine if she was in the the fat burning zone she would burn a ton of calories, so its not lining up.

Im not sure if something is wrong with the sensor. is there a way to reset or recalibrate the device? Id like to try that before I contact customer service about a possible replacement.

Another redditor had an interesting response – was it possible his wife was pregnant?

Has she experienced anything really stressful in the last few days or is it a possibility she is pregnant?

pregancy is a strong possibility, didnt know that would jack up the heart rate. I might be a dad, YIKES. now i gotta watch my own heart rate lol

Yes, pregnancy can “jack up” a woman’s heart rate by 10 to 15 beats per minute or more, as blood flow increases by 40-50%, according to Dr. Loryn Feinberg of Beth Israel Deaconess Medical Center in Boston.

And it turns out YoungPTone’s wife really is pregnant, as a pregnancy test and a trip to the doctor’s confirmed.

After a flood of congratulations on Reddit, and loads of media interview requests, the couple have revealed only their first names, David and Ivonne.

They seem to be basking in their newfound internet fame, sharing their progress as @BabyFitBit on Twitter and Instagram.

But despite their choice to remain (somewhat) anonymous, the story of this couple’s very public discovery of their pregnancy raises some important concerns about the proliferation of this type of data.

Health data – like calories burned, heart rate, and so forth – can reveal a lot about your health and lifestyle, and in unpredictable ways.

Medical records are valuable enough that identity thieves will go to extreme lengths to steal them, but private health data can also leak out accidentally.

Back in 2011, for example, it was discovered that intimate information about Fitbit users’ sexual activity was showing up in Google search results.

Leaked data about past events is bad enough, but what about when health data is used to predict outcomes?

Computer algorithms that slice and dice our health data could end up revealing information about us that we might not want to end up in the hands of insurance companies, employers or law enforcement.

Once it’s out there, there’s just no way to control what might happen with your personal data.