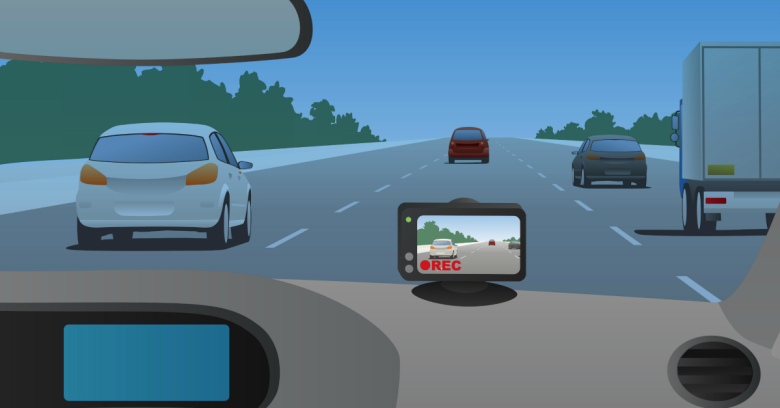 Andy Rubin gave the world the Android mobile operating system, and now he wants to give you a free dashboard camera.

But there’s a catch – in exchange for your free dashcam, Rubin will get all the data it records.

What’s the idea behind this quid pro quo?

All that dashcam data could allow Rubin and his company, Playground Global, to create the world’s first real-time map.

According to Wired, which last week ran a long profile of Rubin exploring his vision for artificial intelligence and the Internet of Things, Rubin didn’t want to reveal too many details about his plans, but:

When pressed, he says he is in fact working on a dashcam, which he plans to give away in exchange for its data – potentially allowing Playground to build a real-time visual map of the world.

As The Verge reports, a system of dashcams feeding real-time data could be used to create something like a live version of Google Street View, including real-time traffic – that would be pretty handy.

Rubin, who co-founded Android and then sold it to Google for an estimated $50 million, left Google in 2014 to launch Playground, a venture capitalist fund and start-up incubator that’s raised over $300 million.

He has big dreams for a future of smart devices connected to the cloud, using algorithms with deep-learning capabilities to sense and act on data “on their own.”

This vision, which Rubin himself described in a blog post earlier this month, includes home security systems that turn off automatically when you get home, and thermostats that adjust the temperature based on where you are.

We have devices that can do those things already, but they require an app or “some other human trigger,” Rubin says.

A future of AI-powered devices that know what to do – without a human telling them what to do – is going to require lots and lots of data fed to the cloud:

Getting the rest of the way will require hundreds of millions of data points – more data than humans at keyboards can possibly provide. The various devices you interact with daily will free the cloud from its “brain in a jar” jail and allow it to interact with us in our environment – our homes, cars and offices. And it will give those devices, in turn, more purpose.

Rubin believes all these smart devices will create a force for the good of humanity, telling Wired:

I don’t believe in Skynet or any of that stuff. I believe, in general, that technology is used for good.

But to get there, he needs your data.

Image of dashcam courtesy of Shutterstock.com.