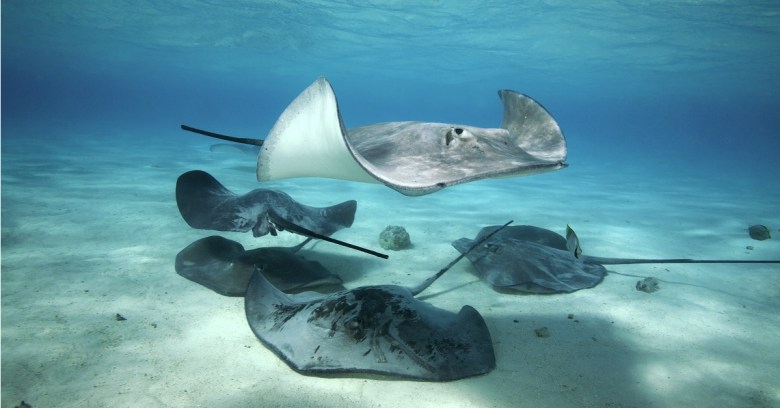 It took a Freedom of Information (FOI) request from the New York Civil Liberties Union to finally pry out some of the gory details. But that’s no surprise: finding out how local US police departments use these contraptions is like pulling teeth. Not easy.

The feds are known to be a bit guarded about their stingray use. What’s more, the StingRay’s manufacturer, Harris Corporation, often demands non-disclosure agreements from police departments who’ve paid over $100,000 a pop for these devices. The argument: merely talking about stingrays will make criminals more likely to evade them.

Let’s back up and quickly review what “stingrays” do, and why anyone cares. (Oh, and by the way, they’re not all Harris® brand StingRays.They could be “DRT boxes” from Boeing’s DRT division, or who knows, maybe someone else’s secret product.

Whatever brand or model you prefer, “stingrays” all simulate cell sites.

Once a cellphone connects, thinking it’s found the real network, the stingray can capture its exact location – and, with appropriate software, its voice conversations and text messages, too.

Stingrays are sometimes called “IMSI catchers” because they grab a cellphone’s International Mobile Subscriber Identity (IMSI). And since they’re designed to overpower “real” cell sites, they can grab a lot of IMSIs: basically, all users in a given area.

That’s why some experts, such as former US magistrate judge Brian Owsley, fear they could be used to identify individuals at political protests – something the NYPD notoriously did back in the pre-cellphone 1960s.

For now, in New York City, the police say they’re narrowly targeting their surveillance. According to the New York Post, the FOI responses revealed stingrays at work locating suspects in rapes, murders, kidnappings, bank robberies, and the occasional case of identity theft or money laundering.

NYPD Deputy Chief Kerry Sweet told The New York Times, “We do not intercept contents of any communications,” nor information from “other people standing by, innocent bystanders.”

If you know just enough American constitutional law to be dangerous, you might be asking, “Don’t they need a warrant, based on the Fourth Amendment?”

Until recently, both local and federal law enforcement argued that all they needed was a “pen register order,” which requires a far lower standard: they just needed to tell a judge they might find evidence “relevant to an ongoing criminal investigation.”

Recently, the Obama justice department raised the federal standard, requiring its own agents to “obtain a search warrant supported by probable cause… [except in] exigent circumstances or exceptional circumstances.”

A few US states have also established higher standards, but most haven’t. Plus, according to the Open Technology Institute, nobody’s saying if the feds’ tougher new rules apply when they lend stingrays to state or local police, as they’ve been known to do.

Bottom line: when it comes to stingrays and cellphone interception, most American law enforcement agencies still have a lot of leeway – and not much incentive to talk about it.

Image of Stingrays courtesy of Shutterstock.com

2 comments on “Stung by stingrays: NYPD reveals over 1000 cellphone interceptions”