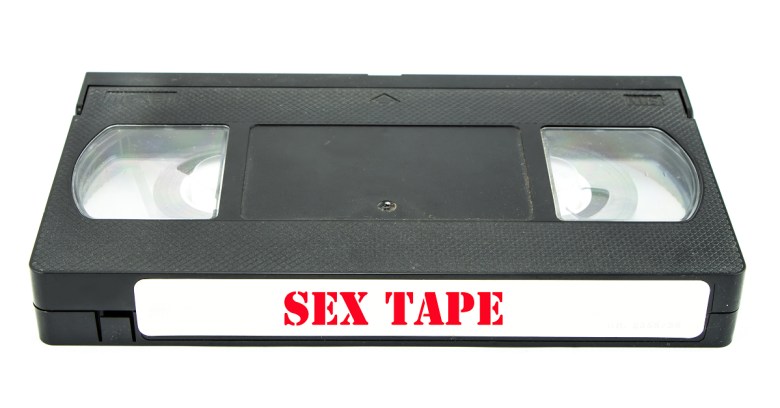 A gay high school teacher was fired from his job in October after a cyberthief broke into his Dropbox account, stole a sex tape, and posted it to the school’s site.

Brian Cody Bray told the Washington Blade that he was home sick on 29 October when a co-worker called to tell him that the video had been posted to his faculty page on the website of Maumelle Charter High School, in Maumelle, Arkansas.

The newspaper quotes him:

Pretty much immediately after that phone call I went to the bathroom and threw up.

I was just in shock that, oh, my God, this is something that will impact my career, impact my life, and what am I going to do?

Bray explained to school administrators that a cyberintruder had somehow gotten unauthorized access to his Gmail account, from which they had found and stolen his user names and passwords for multiple accounts.

That included the login details for his Dropbox account.

Bray recently put up a site that explains the incident, which he calls a cyber hate crime.

On the site, Bray says that the intruder accessed a folder on his Dropbox account that contained a video of “an intimate encounter between myself and another informed, consenting adult male.”

While they were trespassing in Bray’s Dropbox account on 28 September, the marauder renamed a folder from “Private” to “FagTeachBray.”

On that same Monday, the intruder texted the sex video URL to a student.

He or she apparently got the phone number from the Dropbox account, where Bray says he kept phone numbers of students he called regularly about school activities.

The next day, 29 September, the link to the sex tape was posted to the school’s faculty site, and more texts from somebody identifying himself as “Jonathan” pointed the student to the school site where it could be viewed.

Bray told the Washington Blade that he believes that “Jonathan” is the person responsible for the breach.

The student who received the text messages reportedly said that the sender had his own cell phone number blocked on his text messages.

Bray posted screenshots showing that whoever accessed his Dropbox account appears to be located in Gainesville, Florida.

Students took screenshots of the video and passed around the images via Snapchat and texting.

The linked video was live for only a few hours before school administrators took it down.

The same day, Bray was put on unpaid leave while the charter school investigated. He was fired on 8 October.

Bray told the Washington Blade that he wasn’t surprised. Initially, he agreed with the move, given that he wasn’t emotionally ready to face his students:

[I was told that] of course I had to be dismissed at the time because I had lost any kind of authority with my students there.

He says he has since come to the conclusion that he wasn’t given due process and that the school acted unfairly by refusing to provide him with severance pay and by suggesting to the school community that he was at fault for what happened despite his explanation that the video was posted to the school website by a malicious cyberintruder.

School officials also filed what Bray says were two ethics complaints against him with the Arkansas Professional Licensure Standards Board, which has authority to revoke teachers’ licenses.

The school asserted that Bray had at least some responsibility for the posting of a pornographic video on the school’s website.

But on 12 January, the board cleared Bray, citing insufficient evidence.

Bray told the Washington Blade that he was told the FBI is investigating the case. But he said that on contacting local police, he found that the school hadn’t filed an official report.

A KATV reporter has filed a Freedom of Information Act (FOIA) request to find out, among other things, what disciplinary action against Bray is on file.

Bray told the newspaper that he’s filed his own police complaint but isn’t sure what law enforcement agencies, if any, are investigating.

As Bray points out on his site, Arkansas is one of only 5 US states that lack hate crime laws. The others are Georgia, Indiana, South Carolina, and Wyoming.

At any rate, even if Arkansas had a hate crime law, it likely wouldn’t cover this crime, given that such laws tend to limit themselves to coverage of violent hate crimes.

But whatever state you live in, the law doesn’t ignore the type of crime inflicted on Bray.

The unauthorized accessing of Bray’s accounts constitutes one or more felony offenses.

Bray is now appealing for financial assistance as he grapples with unemployment and legal costs.

He’s pledged to donate money that exceeds his $10,000 goal to a campaign to get hate crime laws enacted in Arkansas and to a program for LGBTQ homeless people.

Nobody should have to go through what he’s gone through.

To protect yourself from having your passwords stolen, keep them out of your email account.

A much safer place to store logins is in a password manager.

You still have to cook up one long, strong master password (here’s how), but it’s much safer than keeping them all in one spot where an intruder can get at them, be it in your Gmail account or scribbled on sticky notes that you’ve plastered to your monitor.