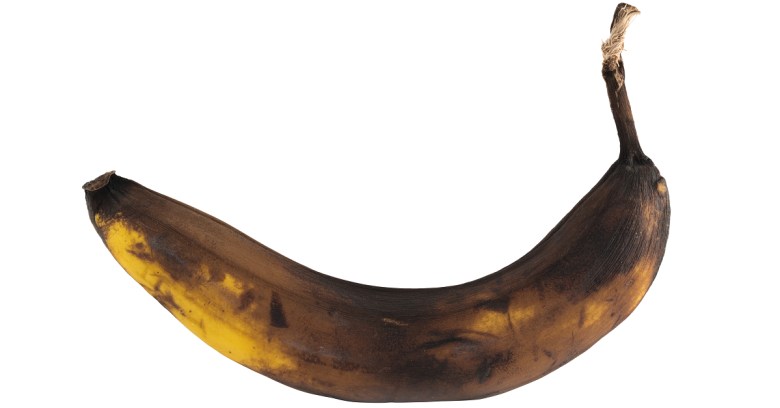 Say hello to Version 2 of the Wi-Fi access granting banana.

On the negative side, it’s far less fragrant. On the plus side, the enterprise-ready model doesn’t attract fruit flies.

Wi-Fi Banana 1.0
A recap: last month, Danish network engineer Stefan Milo was tasked with setting up a captive portal for his business’s Wi-Fi network and creating temporary guest password vouchers – in a spreadsheet.

On paper? That somebody had to print out? And that you have to pester a receptionist for?

So he went off and spent a weekend setting up a script on a Raspberry Pi that generated a unique guest key on command and displayed the code on an attached display.

The script was triggered via a Makey Makey board, which alerted the Pi whenever it detected a voltage drop in an attached banana.

The Pi didn’t know it was taking orders from a piece of fruit. As far as it was concerned, a banana is as good as a keyboard, or a mouse.

Or a pair of scissors, or a slip-n-slide, or a cream pie, or Jell-O, as you can see in Makey Makey’s video.

Milo, Master of the Musa, became the world’s favorite sysadmin when he posted about his creation on Reddit.

That post was beloved. The banana was put on a pedestal. Milo was contacted by journalists from the likes of Ubergizmo, The Register, Geek.com and The Inquirer.

The post was upvoted into the orange zone for two weeks.

Project managers wanted to know how he did it.

The upshot: this all led to…

Wi-Fi Banana 2.0
Milo decided that it was time for his banana setup to grow up. Bossman had already eaten the Banana, even though Milo had sworn it would stay up there forever and for brown-nasty ever.

As it is, Wi-Fi Banana V1 had already morphed into a croissant.

The next step, as he said Tuesday in a follow-up post on Reddit, was for the banana to become a “suit-wearing enterprise slab.”

Instead of pasting a 6 line shell script that wasn’t really meant for production, I got in touch with a developer that made it enterprise ready. 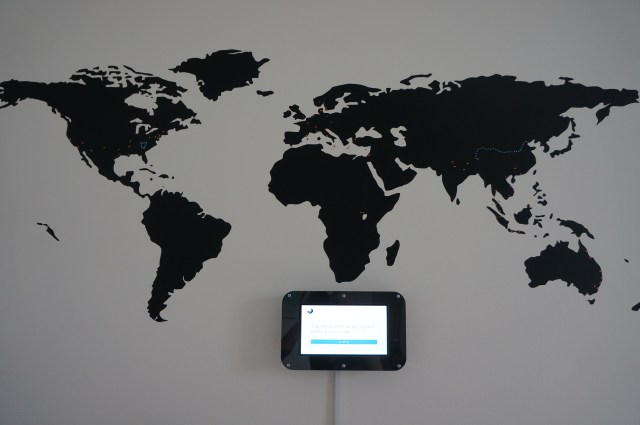 And here’s how you set it up.

He’s selling it in 5 versions, from a $99 software-only product on up to a Platinum plug-and-play model that includes preinstalled software, a touchscreen, a modem, an Access Point and a firewall with a captive portal for $1,299.

Like the original system, the enterprise version acts as a captive portal and token dispenser for Wi-Fi networks.

The token can be displayed on the touchscreen or sent to a user’s mobile phone as an SMS message.

The device can dispense up to 65,000 tokens before needing a token refresh.

One Redditor was understandably dismayed at the prospect of banana deprivation:

Where is the banana? How are the users supposed to get WiFi codes without a banana? I think maybe this needs to go back to the drawing board… 😛

…but Milo assured the commenter that he could still build him or her a first-generation, banana-powered model.