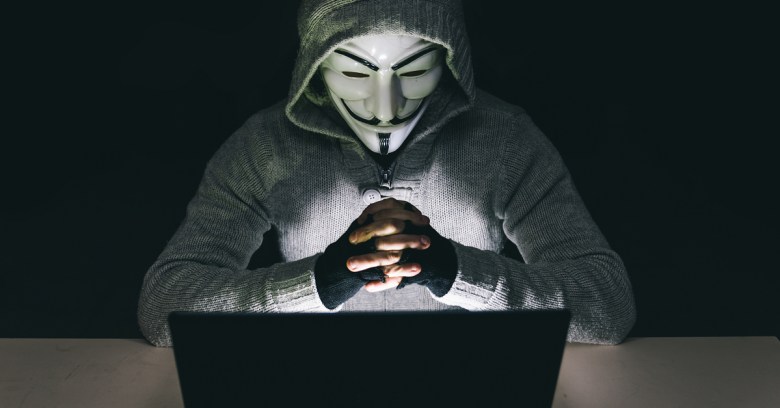 An alleged hacktivist affiliated with the Anonymous collective, along with his wife, have been plucked from a disabled sailboat off the coast of Cuba.

He was arrested in Miami on Wednesday.

The Boston Globe reports that FBI Special Agent Michael W. Tunick wrote in the affidavit that Martin Gottesfeld and his wife had some luggage and three laptop computers on board with them.

According to the US Attorney’s office in Massachusetts, the FBI had been looking for Gottesfeld, 31, before they tracked him down to a Disney cruise ship that came to his aid.

Gottesfeld’s boss and his relatives had called the local police in his city – Somerville, MA – to try to figure out where he and his wife disappeared to.

Neither Gottesfeld nor his wife had been in touch with their relatives for several weeks, and he’d allegedly been absent from work.

When they went to his place to do a wellness check, police found an empty apartment. So they called in the FBI.

It wasn’t the first time that FBI agents had concerned themselves with Gottesfeld.

They’d searched his apartment in October 2014 as they investigated a cyber attack on Boston Children’s Hospital.

The attack was apparently carried out by Anonymous-affiliated hacktivists under an operation titled #opJustina.

It was over the case of Justina Pelletier: a then-15-year-old girl caught in a fierce, 16-month custody battle as her parents tried to have her treated for mitochondrial disease at one hospital, while Boston Children’s Hospital held her for months in a locked psychiatric unit as a ward of the state.

Justina was finally released to her parents’ custody in June 2014.

Fast forward to last week: on Tuesday, 16 February, FBI agents down in the Bahamas gave their Boston colleagues a heads-up.

They’d found Gottesfeld, and his wife.

A Disney cruise ship had responded to their small boat’s distress signal and plucked them off the ship, which they found bobbing in the waters off Cuba.

Gottesfeld was arrested when the cruise ship returned to Miami on Wednesday morning, 17 February.

He was charged with one count of conspiracy when a criminal complaint was unsealed on Wednesday in the US District Court in Boston.

According to the affidavit, a cyber attack launched against a Boston hospital, which disrupted the hospital’s network for “at least 7 days,” had been orchestrated by Gottesfeld, among other hacktivists.

From the US Attorney’s office press release:

The hospital had to re-allocate its resources in a significant way to ensure that patient care was not affected during this period.  In an effort to ensure the attack did not compromise patient information, the hospital decided to shut down the portions of its network that communicated with the internet and its email servers.

This effort successfully prevented the attackers from accessing any patient records or other internal hospital information.

The attack reportedly cost the hospital more than $300,000 in damages and mitigation costs.

The government is alleging that Gottesfeld’s the one who put the attack into motion.

He posted a YouTube video on 23 March 2014, calling, in the name of Anonymous, for action against the hospital in response to its treatment of Justina.

The Attorney’s office is referring to “Patient A” and is avoiding naming the hospital in question.

But the dates match up and we can probably assume that the affidavit is referring to #opJustina and the Anonymous video that called on hacktivists to attack Boston Children’s Hospital.

The video was classic Anonymous: narrated by a computer-generated voice, it stated that Anonymous “will punish all those held accountable and will not relent until Justina is free.”

It directed viewers to a Pastebin post that supplied information necessary to initiate a distributed denial-of-service (DDoS) attack against the hospital’s server.

Multiple DDoS attacks hit Boston Children’s Hospital over the weekend of 19 April and on into the following week.

According to the Boston Globe, authorities said that Gottesfeld had admitted to having posted the video calling for the attack, but he denied participating in the weeklong assault.

The complaint affidavit alleges that the attack was one of two Gottesfeld and others orchestrated.

But we know that Anonymous went on to claim responsibility for a second attack on the website of Wayside Youth and Family Support Network, the Framingham, MA residential facility where Justina had been living under state custody.

Children’s officials and another person with direct knowledge of the case confirmed to the Boston Globe that Gottesfeld’s arrest was connected to attacks on computers at the Boston Children’s Hospital and at Children’s and Wayside Youth and Family Support.

Gottesfeld is being charged with one count of conspiracy. He’s facing a maximum of 5 years in prison and a fine of $250,000, though sentences are typically less than the maximum allowed.

Image of Anonymous figure at laptop courtesy of oneinchpunch / Shutterstock.com