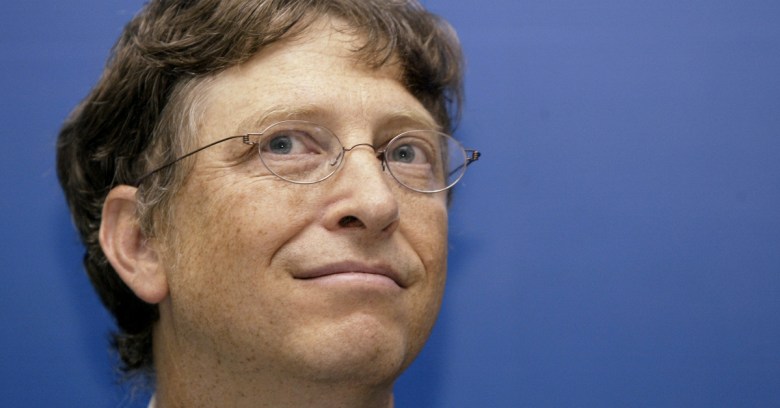 No, Bill Gates says: he isn’t siding with the FBI over encryption in its court battle with Apple.

At least, it’s not quite as simple as that.

The co-founder of Microsoft on Tuesday clarified his earlier statements about how Apple should unlock the iPhone of the San Bernardino shooter.

In an interview with the Financial Times, Gates had said that the Feds were after one specific thing: they want Apple to unlock a terrorist’s phone.

That’s it, Gates said, thereby disagreeing with Apple CEO Tim Cook’s assertions that the government is after a backdoor in Apple’s encryption and that the case will set a wider precedent.

From the FT interview:

This is a specific case where the government is asking for access to information. They are not asking for some general thing, they are asking for a particular case.

It is no different than [the question of] should anybody ever have been able to tell the phone company to get information, should anybody be able to get at bank records. Let’s say the bank had tied a ribbon round the disk drive and said, ‘Don’t make me cut this ribbon because you’ll make me cut it many times’.

His take has been interpreted as breaking ranks with the technology industry.

Google, WhatsApp and Microsoft have backed Apple’s defiance on the court’s encryption order, though Microsoft’s support was seen as being tepid.

Whereas the leaders at Google and WhatsApp have come out in full-throated support of Apple, Microsoft’s head, Satya Nadella, has remained quiet.

Prior to Gates’s remarks, Microsoft had simply pointed to a statement against the court order.

Following his statements to the FT, Gates backpedaled a bit in an interview with Bloomberg.

Clearly, the government’s historically taken information and used it “in ways we didn’t expect,” he said, “going all the way back to, say, the FBI under J. Edgar Hoover.”

But while government misuse of information is the potential that lies on one end of the spectrum, Gates said that there’s a middle ground:

I do believe there are safeguards where the government doesn’t have to be entirely blind.

What exactly does an unblinded government that’s not hoovering up everybody’s personal information entail?

Gates said that the courts, and Congress, will decide, referring to examples such as the evolution of the Patriot Act.

In the meantime, “it gives us an opportunity to have a discussion,” he said.

You don’t want to just take the minute after a terrorist event and swing [in] that direction. Nor do you, in general, want to completely swing away from government access when you get some abuse being revealed. You want to strike that balance, that the United States needs, in setting an example.

Everybody wants to feel like their information is kept private. Particularly because more and more of your activity is there in that digital log. Then again, when people are empowered by technology in terrorist activities, it’s not just that they can kill a few people. It’s [that] through nuclear, biological [weapons], they can kill a lot.

We do want the government out there trying to stop those things from happening.

Gates’s avowal that the Apple vs. FBI case is simply about one mobile phone, not about undoing encryption on a broad scale, echoes what FBI Director James Comey said in a statement published on Lawfare.

Rather, it’s about developing software to enable brute-force password attacks, by disabling the iPhone auto-erase security feature that kicks in after 10 failed password attempts.

Sophos does not agree with backdoors in software. It’s put out a #nobackdoors pledge that explains why.