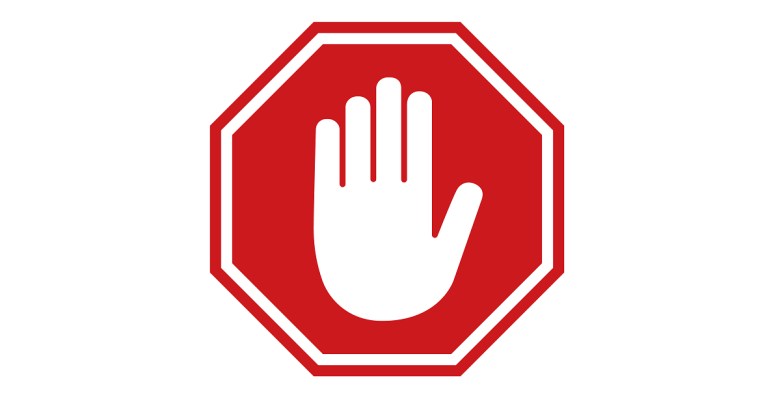 OK, just how much do you hate web and mobile ads? Necessary evil? Must destroy all? Or somewhere in between?

As the never-ending debate continues, it’s fascinating to watch the folks at AdBlock Plus try to thread the needle… as in this latest blog post on how the firm seeks to monetize “Acceptable Ads” while still letting users block what they want to block.

If you’re coming to this “in medias res” (as they say in literature class), here’s what you’ve missed so far.

Wladimir Palant created the AdBlock Plus browser extension as an open source project way back in 2006. Since then, AdBlock Plus’s capabilities have been made available for nearly every major desktop and mobile browser or platform.

Hundreds of millions of people quickly downloaded AdBlock Plus for what it promised to do: block ads. And, as more people spend more time visiting the web on mobile devices with limited power, the ad blocker category has become even more popular, since blocking often significantly improves battery life as well as browser speed.

But, the downside: most web media sites survive by selling ads. No ad views, no money, no sites, no content. And that can be an especially big problem for small or local publishers with few alternative revenue sources – the very folks that make the web diverse and interesting.

So what to do? A while ago, the folks at AdBlock Plus faced that problem… and, also, another problem: how to make their software sustainable as a real business? It came up with a solution for both at once: “Acceptable Ads.”

Working with users, it defined a set of standards for ads that wouldn’t be too intrusive or obnoxious – that means no blinking ads, content-obscuring rollovers, pop-ups, pop-unders, or blaring default audio, and so on.

Advertisers and publishers can then apply to have their ads checked against these standards, and then whitelisted. By default, whitelisted ads make it past AdBlock Plus’s filter. However, users who want absolutely no ads can still “kill ’em all” by tweaking a setting.

The folks from AdBlock Plus (now, the for-profit company Eyeo GmbH) need to somehow monetize all this. So they charge large advertisers for whitelisting – stressing that nobody gets whitelisted if their ads don’t measure up to their “ads-that-don’t-stink” standards.

If getting whitelisted would buy you more than 10 million extra ad views a month, you gotta pay for the privilege. And that’s where most of AdBlock Plus’s revenue comes from these days. The company’s estimate: large advertisers pay roughly 30% of the incremental revenue whitelisting earns them – a distinctly non-trivial cost.

If you run a smaller site, and your ads meet the Acceptable Ads requirements, whitelisting’s free – but you’ve still got to apply.

The company admits as much, saying that it’s limited by “NDAs and contracts.” Which raises even more questions: Who’s agreed to pay? Are some advertisers getting better deals or volume discounts?

So: are Acceptable Ads a fair compromise that protects users, advertisers, and publishers alike – as AdBlock Plus says? A sell-out of the pure “ad blocking” mission – as some users say? Or “extortion,” – as some large advertisers and competitors argue?

What do you think? Let us know in the comments section below.

Image of Adblocker courtesy of Shutterstock.com

13 comments on ““Acceptable Ads”: Are there any? And who gets to monetize them?”