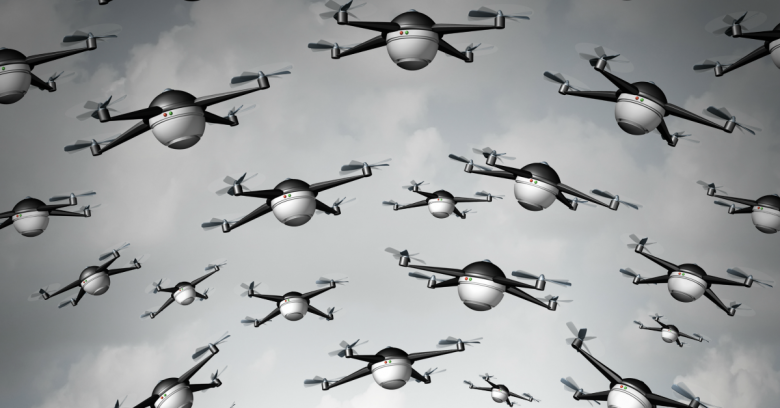 Disney production teams will soon be filming scenes for “Star Wars: Episode VIII” in Croatia, and the studio is rumored to be taking exceptional measures to keep any footage from leaking out.

The Croatian website Mos Croatia reports that Star Wars filming will take place from 9 to 16 March in the medieval city of Dubrovnik, and the website set off a storm of speculation after it claimed that Disney is hiring 600 security guards, including “a special team with drones” intended to secure the filming from “uninvited drones.”

Plenty of media outlets have run with the story, and the speculation appears to center on this snippet from Mos Croatia’s report:

It sounds like a plausible story, but according to Re/code, a source “close to the production” said those rumors were “untrue.”

What is true is that fans have used drones to get a glimpse of Star Wars filming before, although we don’t really know what the film-makers are doing to stop it.

Back in 2014, fanboys flew drones above an outdoor set at Greenham Common, UK, where crews were filming scenes from “Star Wars: The Force Awakens,” the first movie in the series reboot that was released in December 2015.

Footage shot from a drone leaked out showing the set including a half-finished Millennium Falcon and an X-Wing fighter.

Motherboard reported that Pinewood Studios – where Star Wars was being filmed – had contracted with a US company called DroneShield to purchase anti-drone technology, but the deal fell through when the US State Department blocked the sale.

As the popularity of recreational drones takes off into the stratosphere, there’s a growing problem of drones flying into buildings, interfering with other aircraft, harassing people with rotor-borne cameras, and generally causing havoc.

If Disney is defending Star Wars from intrusive drone spying, there is a host of anti-drone technologies it could choose from, such as geofencing (“Break off the attack! The shield is still up!“), sound-blasting drones out of the sky, and net-deploying anti-drone drones.

Or Disney could use the Dutch company called Guard From Above that is training birds of prey to intercept hostile drones – a falcon to protect your Millennium Falcon?

Image of drones courtesy of Shutterstock.com.