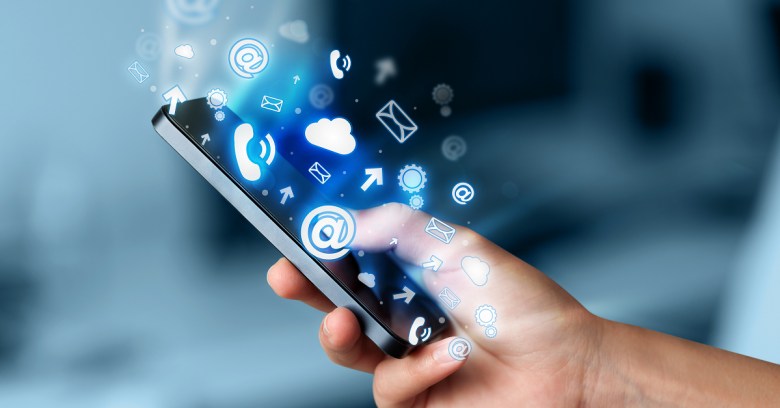 How free are “free” mobile apps?

Not at all, of course, just like their “free” online brethren.

Mobile apps and online services such as Facebook, Google et al. might not cost anything, but they come at the cost of having our privacy picked over by voracious ad networks.

Researchers at the School for Computer Science at the Georgia Institute of Technology recently delved into just how much data users are giving away to pay for free mobile apps.

As described in a recently released paper titled The Price of Free: Privacy Leakage in Personalized Mobile In-App Ads, the researchers found that in-app advertising is leaking potentially sensitive personal information on millions of mobile phone users, including how much money we make, whether or not we’ve got kids, and what our political leanings are.

We have a permeable membrane between ad networks and mobile app developers to thank for all this dribbling.

How that leaky membrane works

To test what’s being leaked, researchers created a custom-built Android app that they installed on more than 200 participants’ phones.

Then, they reviewed the accuracy of personalized ads served to test subjects from the Google mobile ad network, AdMob, based on their personal interests and demographic profiles.

The researchers note that as far as they know, this is the first study to suggest that demographics play a key role in determining what ads we’re fed, as opposed to just our interests.

They also found that a mobile app developer could learn these things about a user from the ads shoveled onto their phone:

Note that Google deems some demographic identifiers – including race, religion, sexual orientation or health – to be so sensitive that it explicitly rules out using them for ad shoveling.

We use information collected from cookies and other technologies, like pixel tags, to improve your user experience and the overall quality of our services. One of the products we use to do this on our own services is Google Analytics. For example, by saving your language preferences, we’ll be able to have our services appear in the language you prefer.

When showing you tailored ads, we will not associate an identifier from cookies or similar technologies with sensitive categories, such as those based on race, religion, sexual orientation or health.

In fact, in-app advertising opens up a new channel for leaking personal information – age, gender, whether they have kids, income, political affiliation, marital status – to anybody who can access the ads, in spite of none of that demographic information supposedly being used for personalization.

This finding shows that in in-app advertisement settings, a guarantee from Google is no longer enough for protecting the user’s privacy, since user information that Google uses for personalization can be inadvertently leaked to any third party that host[s] Google ads, and Google has no control over how such leaked information an be used to derive more sensitive information about the user.

The researchers found that the root cause of the privacy leakage is the lack of isolation between the ads and mobile apps. Adopting HTTPS wouldn’t do anything to protect the ad traffic.

They point to previous work that highlighted the need to isolate ad libraries largely from the perspective of separating permissions of ad-related code from the code of the hosting app.

But in addition, their work shows there’s also a need to prevent the hosting app from reading the ad library’s data when that data is derived from the ad-network’s private information, they concluded.

They suggest that ad providers should build defense mechanisms into their products to protect users’ privacy, such as noise or randomness added to personalized results, similar to what’s been suggested for protecting privacy around people’s search histories.

For example, rather than target 26-year-old users, ad networks might instead provide a range to target: say, 25 to 34. Google AdMob is already offering coarser ad targeting for age groups.

How likely is it that ad networks would smudge the precision of their ad personalization and thereby potentially threaten their ad revenues, just to protect our data privacy?

Good question! But hey, the researchers said, it’s worth throwing onto the table:

We will leave it as an open problem to identify a strategy that can avoid such tradeoff and still work in the current ad-hosting environment (where there is no isolation between the logic/data of the ad-library and the main app).