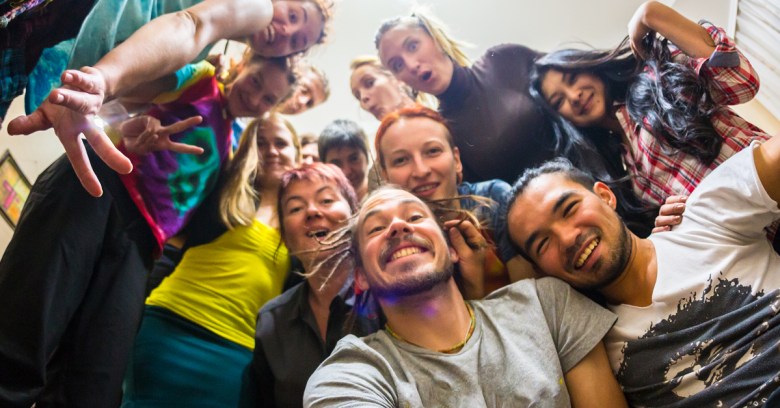 A house party publicly advertised on Facebook overflowed into the streets on Saturday night, forcing the police to call for backup and to use dogs to disperse the teens.

Police in the UK town of Langley, Berkshire, said that about 100 teenagers formed a raucous, violent mob that spread through the streets.

This is reportedly a photo of the scene:

The Express reports that the house party had been organized by friends on Facebook who didn’t realize that the time, date and address had been shared with thousands of strangers.

When the gatecrashers couldn’t get in, they reportedly started drinking in the streets and smashing up neighbors’ cars.

When they arrived, police found one man had been attacked. He suffered facial injuries and was attended to by paramedics.

Inspector Jim Strachan of Slough Police told the Express that this is a good reminder to check the privacy statuses of events posted onto social media:

We would like to remind people organizing private parties to be mindful that details of such events do not get onto social media as this has the potential for the information to be seen by many more than just those invited. One of the consequences being that large numbers of uninvited and unwelcome guests could attend.

Officers are investigating the circumstances of the incident and are currently carrying out extra patrols in Langley.

He’s absolutely right: It’s imperative to check Facebook settings before posting events, statuses or anything that could come back to haunt us, result in a #SpectacularlyTrashedMansion, or result in our parents’ luxury homes being redecorated in ways that linger for days.

It’s not just Facebook posts that get us in trouble, of course.

Unwanted guests come with unwanted phones in their pockets and make unwanted Twitter posts about the party that result in – what do you know? – even more unwanted gatecrashers!