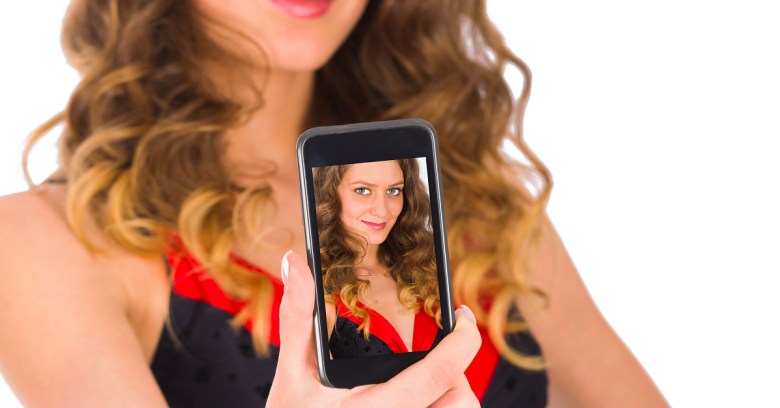 A teacher leaves her iPhone sitting on her desk, unlocked.

A kid picks it up, finds photos of the teacher partially undressed, snaps photos of the photos with his own phone, and promises to share them with any student who wants them.

But an online petition put up by students seeking her reinstatement has been gathering thousands of signatures, and the sheriff’s office is now investigating the theft.

It reportedly happened last week, on Monday. It’s unknown how many students the boy allegedly texted or emailed the photos to.

The school gave Arthur an ultimatum: slog through the dismissal process, or just resign.

Arthur, who worked at the school for 13 years, taught mechatronics: a combination of mechanical engineering, electrical engineering and computer programming.

Arthur told TV station WYFF that she left her phone on her desk for a few minutes while she went out on a routine patrol of the school’s hallways, during class changeover.

She said that while she was out of the room, one of her students – a 16-year-old boy – picked up the unlocked phone, accessed her apps, and then got into her photo gallery.

The school held the teacher responsible for not locking her phone and thereby possibly contributing to the delinquency of a minor.

As for the boy, WYFF reports that the Union County Sheriff’s Office is investigating the case and will determine whether the student is charged.

In the days following the publishing of the story, backlash against the school’s actions has been ferocious. Interim Superintendent David Eubanks has lashed back, accusing Arthur of lying about the student having a grudge against her.

According to Arthur, the student told her that “your day of reckoning is coming.”

Eubanks says that’s a lie. He also claims that there’s evidence pointing to Arthur allowing students to “routinely” use her phone “with her full permission.”

The Daily Mail quotes him:

One of the most critical responsibilities that a classroom teacher has is the supervision of students. In this particular case there was a breakdown in the classroom in that most critical area.

Evidence and statements indicate that the teacher was not where she should have been at the time the incident occurred.

As a result, a student accessed inappropriate material on her phone, sent it to others, and as a result may also be severely punished by law enforcement as well as the school district.

This is a case where a staff member, properly supervising students, could have prevented a very serious problem.

Arthur forgives the kid for the crime of, well, being a kid:

But that doesn’t absolve him, she said:

Should she have locked her phone?

Yes, of course. We should all lock our phones, just like we should close our windows and take the keys out of the ignition when we walk away from our cars.

But not doing so isn’t a crime.

Not doing so doesn’t make it OK for burglars to reach into our homes when the windows are open, to drive off with our cars or to pick up our unsecured phones and rifle through our photos.

In this case, it looks like Arthur is clearly the victim, but it’s up for investigators to determine that, not us.

As of Friday morning, the petition put up by her students to force the school board to reinstate Arthur had garnered over 10,000 signatures.

But Arthur’s not sure she’ll ever want to go back, she said.

If you don’t already have a passcode on your phone, please enable that now. And make sure you keep your phone locked when you’re not using it.