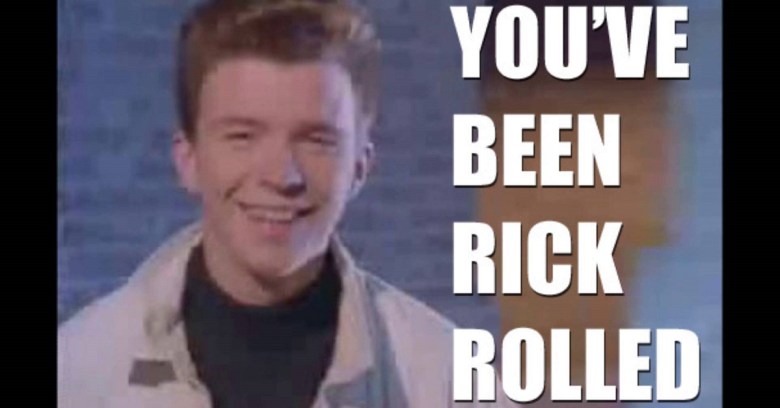 Citizen, don’t try to tell me that you’re innocent of violating North Carolina statutes pertaining to never giving someone up, never letting them down, never running around nor deserting them, because clearly you’ve been issued a valid citation with an official QR code that leads you to….

Yes, people in the US city of Asheville, North Carolina have found what look like parking tickets but which are actually rickrolling flyers.

If you’ve been in a closet since the 70s, here are the lyrics, which clearly define all the things that Rick Astley promised he wasn’t gonna.

As the TV station WLOS reported on Friday, the embodiment of this internet meme in the form of fake parking tickets was pretty convincing.

True, real tickets in the city are normally for only $10, and the rickroll tickets demanded $100.

And yes, the fake ticket is physically larger than real ones. Also, it was dated Friday, 5 March, which was actually 4 March.

It also had a fake officer ID and a made-up violation code. Plus there was that choice bit: a QR code. The city’s real tickets don’t have QR codes.

But how’s a citizen to know all that?

When you scanned the QR code, though, you were sent to a YouTube video.

It was kind of surprising to go to a link for a YouTube video, and then when I went it was featuring some rock star that I didn’t know who it was.

By Friday, at least one person had taken the ticket to City Hall and tried to pay the fine.

We told them. Hey, this is not ours.

The city is not amused by rickrolling. Harry Brown, Parking Services Manager, told WLOS that it caused his people extra work and aggravated citizens.

If the city finds out who’s behind it, the worst charge the culprit will face is littering, police said.

Readers, what say ye: is rickrolling eternally heee-LARE-ee-ous or as tired as a wrinkled team of Teenage Mutant Ninja Turtles?

5 comments on “Someone is Rickrolling people using fake parking tickets”