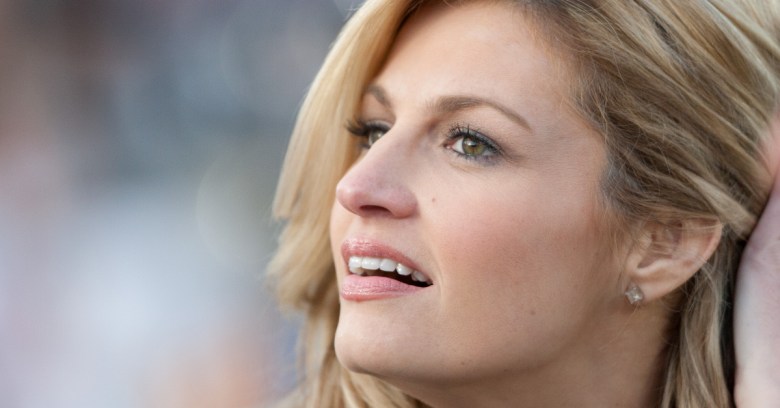 A US hotel is on the hook for more than $26 million in damages for handing information of a celebrity guest over to a stalker, who got a room next to hers, videotaped her naked, and posted the footage online.

The celebrity in question is sportscaster Erin  Andrews.

The stalker is Michael David Barrett, who’s spent two and a half years in jail for the crime and is also on the hook for 51% – over $28 million – of total rewarded damages of $55 million.

Barrett had explicitly asked for a room next to Andrews: an arrangement that nobody had told her about, she said. If she’d been aware of the request, she’d have gone to the cops.

Barrett explained how he did it in a 2.5 hour deposition given last week during a 2-week trial, according to Yahoo Sports.

Page Six transcribed his testimony, in which Barrett said that he called Andrews through the hotel’s house phone when a business trip took him down to Nashville, Tennessee, in 2008.

There’s a house phone in the [hotel] restaurant, so I picked up the house phone and called the operator, asked, “Can I have Erin Andrews’ room?” They connected me. On the house phone it shows a room number, so I knew what room she was in.

He went up to the floor where Andrews was staying and noticed that a maid was cleaning an adjacent room. He overheard Andrews talking on the phone, so he knew he had the right room.

He went down to the lobby and booked the adjacent room.

Then, after he heard her leave, he took a hacksaw to Andrews’ room door peephole, stripping the threads to turn it into a plug that he could remove.

Barrett listened to find out when Andrews was in the shower. When he heard the shower go off, he waited 10 seconds, pulled out the plug, put his phone up to the hole, and videotaped her for 4.5 minutes.

Everything went off “without a hitch,” Barrett said, until he tried to sell the video to celebrity website TMZ.

When that didn’t work out – a TMZ employee instead informed Andrews’ attorneys, according to legal filings – Barrett posted it online.

It was viewed millions of times.

Barrett was arrested and convicted in 2009 and sentenced to 2.5 years in jail.

Andrews sued him and West End Hotel Partners, which owns and operates the Nashville Marriott at Vanderbilt University, where the crime took place, for $75 million.

A Nashville jury on Monday decided that Barrett was 51% responsible for Andrews’ emotional injuries following his release of the video. The jury found West End Hotel Partners to be 49% at fault.

$55 million may sound like a lot of money for emotional distress and embarrassment, but given legal fees, the fact that Barrett doesn’t have the money, insurance company wrangling, and appeals that will likely bring the hotel’s payout down, some are estimating that Andrews will walk away with a far more modest amount.

The hotel has said that since the incident, it’s made peepholes tamper-proof.