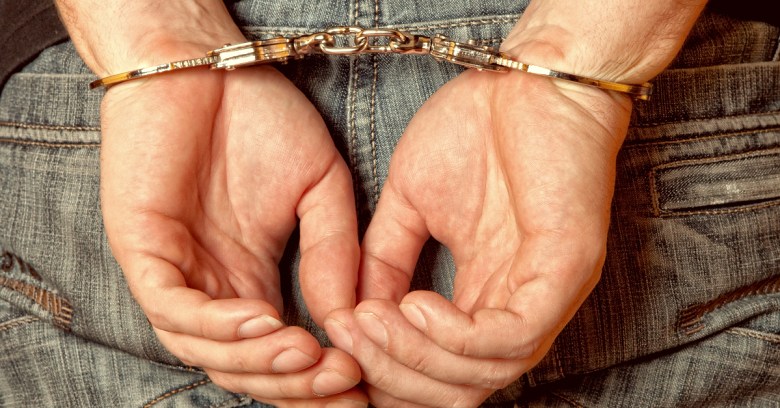 On 2 March 2016, some joker posted a Facebook page that spoofed a police department, replete with fake news posts and insults.

The site’s since been taken down.

Its alleged creator, 27-year-old Anthony Novak, of the US city of Parma, Ohio, was arrested on Friday.

Before the parody page was taken down, the NY Daily News and Cleveland.com spotted posts along these lines:

Funny, or a menace to the populace?

There are a whole lot of commenters opting for the “oh, puh-LEEZ” option and telling the police to just get over themselves.

On the same day that the fake page went up, the real Parma Police Department put up a Facebook post on its real Facebook page, warning the public about the satirical page and telling them to ignore anything posted there:

The public should disregard any and all information posted on the fake Facebook account. The individual(s) who created this fake account are not employed by the police department in any capacity and were never authorized to post information on behalf of the department.

One reply that captures the “oh, puh-LEEZ” side of things:

Have you cops ever heard of a thing called satire? Or do you just not care?

You have arrested this man on false charges and should feel like authoritarian scum. You are censoring free speech. You simply can’t deal with criticism or harmless jokes, which makes you look like a bunch of toddlers masquerading as some figure of false authority. You know nothing of justice…

Minus the actual content, the facsimile that Novak allegedly put up was very convincing: same font, same coloring, same photo of a Parma badge, same gold seal. The fake one does slip in the article “the” in front of its name, which the real police omit on their page.

Other differences amounted to these, according to Cleveland.com:

Their content is predictable: pigs dressed in blue, the face of a wailing baby.

It’s not clear whether the creators of these new parody accounts will also be arrested.

Is this a question of the police curtailing free speech? Parody and satire are protected by such laws, after all.

But the bogus site that Novak allegedly cooked up wasn’t exactly what you’d call on par with The Onion when it comes to insightful, witty commentary.

When you subtract funniness and misrepresent a site that posts defamatory content as though it belongs to an official law enforcement department, you’re straying pretty far from it being a laughing matter.

Is wit in the eye of the beholder? Some people may find it hilarious to suggest that pedophiles would be welcome on their local police force, or that the department discriminates when hiring.

Others might find such the vitriolic spewing of a troll, done up in the guise of a legitimate law enforcement site.

Readers, what do you think? Should Parma Police be satisfied that they got the parody site – one that borders on a phishing site – taken down?

Or should they also prosecute Novak on the grounds that you just shouldn’t mess with an official service that people really do need when things go wrong?

Novak made his first court appearance on Monday. A grand jury will ultimately decide if he’s going to face trial for his alleged offense.

He could face a prison sentence of up to 18 months if found guilty.

Image of handcuffs courtesy of Shutterstock.com