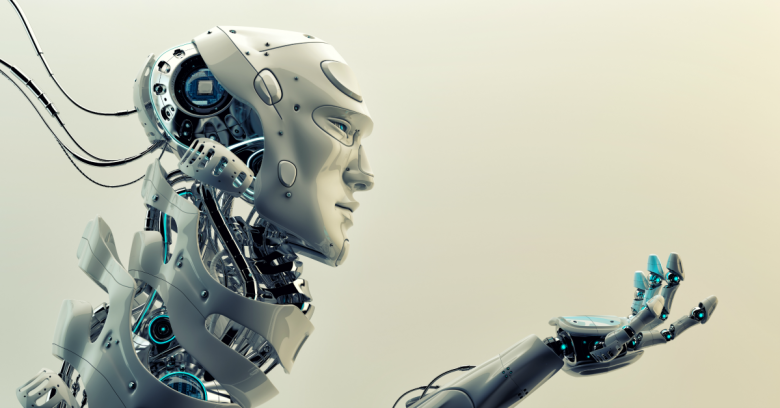 Today’s robots are far smarter and more capable than the clumsy and awkward robots of the 1980s and 1990s.

And although we have a long way to go before autonomous robots reach the sophistication of TV science fiction, we do seem to be getting closer.

Engineers, entrepreneurs and academics from the US and UK met this week to think out loud about the past, present and future of robotics during a conference hosted by the British Consulate General, a short walk from the Massachusetts Institute of Technology (MIT) in Cambridge.

The robotics and artificial intelligence sectors will be a $2.6 trillion industry by 2020, according to the consulate, with robots playing an ever-larger role in healthcare, military and autonomous systems such as self-driving cars, unmanned aerial vehicles and surface/underwater drones.

I went to the conference to investigate a simple question: are the robots we’re researching, designing and building today secure against hackers?

The answer: not as secure as you might hope, considering the important tasks we’re already giving them.

Surveillance drones, for example, as well as connected and self-driving cars, although not yet autonomous, have been hijacked by researchers.

Although the technology for securing robots against hacker attacks is readily available, researchers and engineers building robots aren’t focused on security, Lane says.

“I think […] most of the companies that are developing robotic systems are so focused on the robot, the sensing, the planning, the technology of the robot, that they haven’t really been thinking very hard about the cybersecurity side,” Lane told me.

The other experts I spoke to had the same assessment.

Justin Manley, a consultant and managing director of Just Innovation, said that security failures in drones, for example, are cultural rather than technological.

“I do think that technologists have a habit of approaching security as an afterthought, historically,” Lane said.

Manley works primarily with undersea robotics, which is rapidly growing in use by militaries and the mineral extraction industry.

Now that undersea robots can operate autonomously, learn from their environments, and talk to each other, it’s important to consider security – and that’s a big change, according to Manley.

“For decades we couldn’t even talk to our robot,” Manley told me. “So we really didn’t care about security. We’ve got decades of history of not thinking about it, so it’s a big deal to change and say, ‘Oh, my robot can talk to another robot, maybe I need to worry about what that other robot tells my robot.'”

Kaspar Althoefer, professor of informatics at King’s College London, is focused on research in robotic surgery.

I asked him about a 2015 study by researchers who found that a remotely operated telesurgery robot was vulnerable to a man-in-the-middle (MiTM) attack, whereby hackers could intercept and manipulate commands and replies as they are sent to and from the robot.

Althoefer says his focus is on minimally-invasive surgery in an operating theater that is “isolated from the outside world.”

Is he worried about the security of healthcare robots?

“I’d probably leave it to someone else to make sure things are carried out in a safe way,” Althoefer said. “We need some experts on security to deal with these elements.”

Another roadblock to changing the way researchers think about security in robotics, when they do think about it, is “a bit of a tension” between security and usability, according to Lane.

“Security can sometimes make the system hard to use, so you have to find ways to make that accepted [by roboticists],” he said.

That’s going to require getting security people “in the mix,” Lane says.

Why robots aren’t going to take over … yet

The way robotics and AI are progressing, a lot of technologists, such as Stephen Hawking and Elon Musk, have begun warning that robots could one day pose a threat to human existence.

But Manley told me he’s not worried about robots taking over, at least not yet.

“It’s not like they’re going to spring out from behind us and surprise us,” Manley said.

Google’s AlphaGo software may recently have beaten the best human Go player, but it still needed a human to place its pieces on the board.

“When the Go robot can build a hand to tie a shoe, then I’ll be worried,” Manley said.