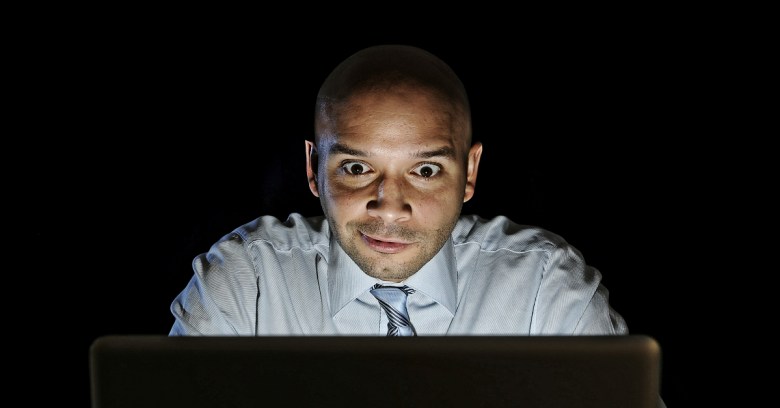 Hacker “TheNeoBoss,” at your service!

Motherboard says it has seen a list of 8,000 users’ details. The hacker also sent a screenshot showing that he’s in possession of 237,000 account details in total, but Motherboard wasn’t able to verify the larger set.

Motherboard reports that he posted an advertisement for all this on the Dream Market Dark Web marketplace.

That, at any rate, was what PSM told Motherboard would happen.

From an email sent by CTO Jamal Hussain after the publication sent a sample of the apparent user data – those 8,000 credentials – given it by TheNeoBoss:

This is not a live breach. The data is from a breach that happened in 2008. We were asked for a ransom, didn’t pay it, made security updates and have not had any issues since. There was no credit card info taken and all accounts are no longer valid for our members area.

Yup, that’s right, echoed company lawyer Steven Eisenberg. Anybody who buys those logins will just come away with a fat sack of nothing, he said:

Once a username is created PSM never blocks it out; however, once it expires, the user can no longer access the site.

By referring to “your results,” Eisenberg was talking about how Motherboard managed to use some of the TeamSkeet usernames on other PSM sites.

The publication reports that some of the email addresses failed to receive messages when it reached out to account holders.

TheNeoBoss reportedly claimed to have access to some credit card data that he didn’t take.

He’d rather embarrass people than score credit card details, the hacker claimed in an encrypted chat with Motherboard:

I want to publicly shame them for their poor practices.

It’s not clear whether the shaming is directing at the “them” who enjoy adult content or the “them” that are PSM.

But it’s probably safe to assume he was referring to PSM, given that TheNeoBoss claimed to have been met with indifference when he allegedly told the company about the website’s vulnerability.

It’s quite the “he said, she said” situation. For what it’s worth, TheNeoBoss claimed to have exploited the data via an SQL injection and that he had other forms of access to the PSM system, which he said the company had started to shut off.

On the other hand, for what it’s worth, Hussain, the company’s CTO, claimed that there have been no recent breaches.

However, Motherboard confirmed the opposite: in fact, the TeamSkeet site was briefly defaced on 31 March.

Image of Man looking at laptop courtesy of Shutterstock.com