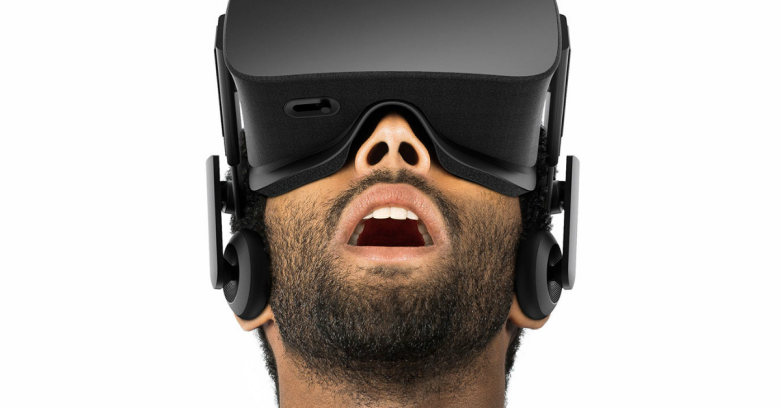 When Oculus (the holding company for Oculus Rift) was founded in 2012, the Kickstarter campaign which raised $2.5 million was based on the joy that would be brought to society by creating affordable VR headsets.

As the headsets matured, progressive software development kits have encouraged entertainment and education companies to create a variety of exotic destinations and seats of learning. These can now be visited when users put on a headset and journey into the realms of virtual reality.

In 2014, Facebook bought Oculus for $2 billion. It’s reasonable to assume it will want to extract the fullest value from that investment in development.

According to a report in The Independent, Oculus Rift headsets contain a piece of software that watches the user’s every move while they are suspending their disbelief in the land of virtual reality.

The software then reports back on the user’s activities to firms that want to target the user with advertising.

Once a user’s headset software is installed on their computer, the events inside the headset are monitored by the computer which then reports that information back to Oculus. In theory, this is useful because it empowers the headset, which can work more effectively because it knows when it is and isn’t being used and can adjust itself accordingly.

Oculus Rift uses a huge amount of processing power and computing resources. However, besides allowing the headset to operate more efficiently, the new software also allows Oculus to report back to third parties that are waiting in the wings.

So if the majority of people don’t read the Terms and Conditions, they will be oblivious to the line that explains how the headset will collect information about “your physical movements and dimensions when you use a virtual reality headset”.

Neither will they have taken much notice of the warning about how data relating to their computers and location will be harvested.

To be fair to Oculus, it sets out clearly how it will use the information. But publishers of Terms and Conditions tend to start with the mundane stuff and leave the more interesting (and controversial) bits for later, such as the one line that makes it clear that Oculus/Facebook can use the data pulled from your headset to sell to people who want to enter your consciousness for marketing purposes.

“We use the information we collect to send you promotional messages and content and otherwise market to you on and off our Services,” the terms say, adding, “We also use this information to measure how users respond to our marketing efforts.”

The Terms and Conditions also say the data will be sent to “related companies”, which likely includes Facebook and its other companies – such as Whatsapp.