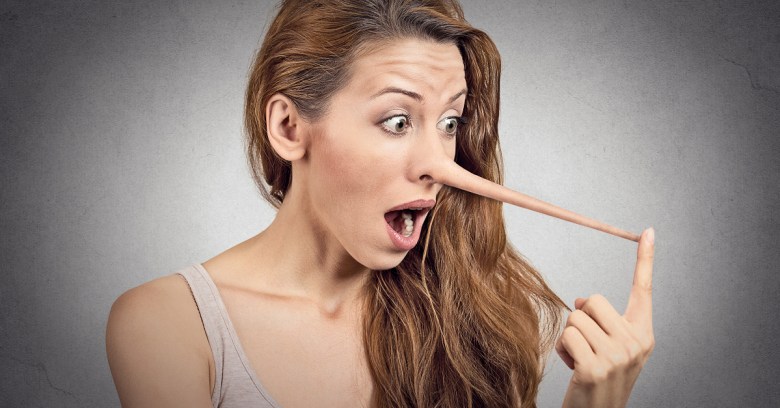 Does it compare you, day after day, to friends who have the gall to make more money? Has it convinced you that you take subpar and unphotogenic vacations and lack an adorably above-average baby?

Stop beating your head against the wall. You’ll be relieved to know that nearly everybody’s lying on social media.

That’s the finding of a survey released on Wednesday by Custard, a British digital marketing company.

In a survey of 2000 Brits, more than 75% admitted to lying about themselves on social profiles.

Some 31% said that their Facebook profiles are “pretty much my life but without the boring bits.” And 14% said that Facebook makes them look much more socially active than they are.

Men are more prone than women when it comes to dressing up the shop window. Nearly half – 43% – of men polled admitted to fabricating facts.

The survey also delved into what social media faux pas are the most annoying. The full list of social media behavior that’s likely to irk Brits:

But it does remind us all that we should be careful about what we believe online, whether it’s an unexpected email from a friend that contains an interesting looking link, or a honey bunny online romancer who needs money URGENTLY.

Be careful out there!

Image of Liar courtesy of Shutterstock.com