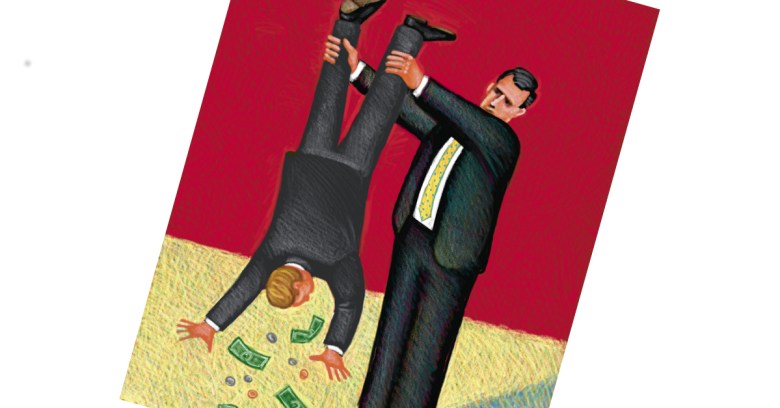 “If you can smell it, is that good for you?”

That’s what one reporter asked about the chemical odors wafting from a coat she bought online off a merchant who advertised on Facebook.

“Facebook?” you may well ask. As in, the arbiter of what constitutes a “real” name, what’s pornographic, and whether cakes look too much like boobs?

As quick as it is to vet in other arenas, Facebook does not, in fact, vet merchants who advertise with it once consumers leave its service.

The garments that do arrive are, they say, often shoddy: sometimes made from shiny material that looks more like plastic than the cotton shown in the ad’s image, some sized more for a dachsund than a human, some with loose threads that give them the appearance of having been stitched inside out, and others that reek of chemicals.

Last week, BuzzFeed published an investigative report on the sketchy retailers selling ultra-discounted clothes to women on Facebook, using photos of designer clothes stolen online – including off of Facebook’s own Instagram service – in bait-and-switch scams.

In response, Facebook has sworn that it will do all that it can to address shady retailers.

In the US, the Better Business Bureau (BBB) last year warned about two of these online dress shops after getting a flurry of complaints: Sammy Dress and DressLily.

Complaint sites and Facebook pages run by victims list many more but you’d never know these shops were so controversial given their “Likes” numbers.

BuzzFeed reports that the likes on some sites have leapt by some 100,000 per day.

When Facebook was talking to BuzzFeed for its story last week, the company said that once a user clicks on an ad, they’re on their own: its ad and page monitoring doesn’t follow them off-site regardless of how many complaints a merchant has garnered.

And don’t expect much help from merchants either if something goes wrong when you order from overseas, SiteJabber suggested:

6,046 complaints. An explosion of cheap merchandise is available to Western consumers from around the world and especially from Asia. Many good deals are there to be had, but there is a preponderance of low-quality products, counterfeits and scams.

The complaint most often lodged is the low-quality or non-existence of customer service. Expect no phone support, infrequent email communication, costly returns and poor English.

Facebook’s policies around permissible ads and pages prohibit using photos stolen from other sites and, in general, “deceptive, false or misleading content.”

But that’s obviously not flagging the stolen fashion photos used in these ads.

Meanwhile, monitoring whether its users get ripped off is out of its scope, Facebook said. Technically, being dissatisfied with a merchant isn’t a violation of its guidelines, and it has no way to police transactions it’s not facilitating.

That, at any rate, is what Facebook said before BuzzFeed published its report.

After that story posted, Facebook said that it would figure out how to police advertisers of junk and its response was detailed in a followup story on Friday.

This is the statement from Andrew Bosworth, Facebook’s VP of Ads and Pages:

One of our most important goals with Facebook ads is to present experiences that are relevant and high-quality. We understand the gravity of this issue and we’re taking it very seriously.

We’re looking at ways to incorporate new signals that will help us identify which of the over 50 million active businesses on our platform are delivering products and services that are overwhelmingly unsatisfactory to people.

As [BuzzFeed] pointed out in the piece – the challenge isn’t just with ads or posts on Facebook, but also the experiences people have with businesses off of Facebook. It’s a complex problem, but we are working on it and will do everything we can to make sure people trust and enjoy the content they see on Facebook.

As Facebook irons out this problem, you can think about protecting your hard-earned money with these tips from the BBB:

And, perhaps most important of all, remember that if it looks too good to be true it probably is.

Image of Man having pockets emptied courtesy of Shutterstock.com