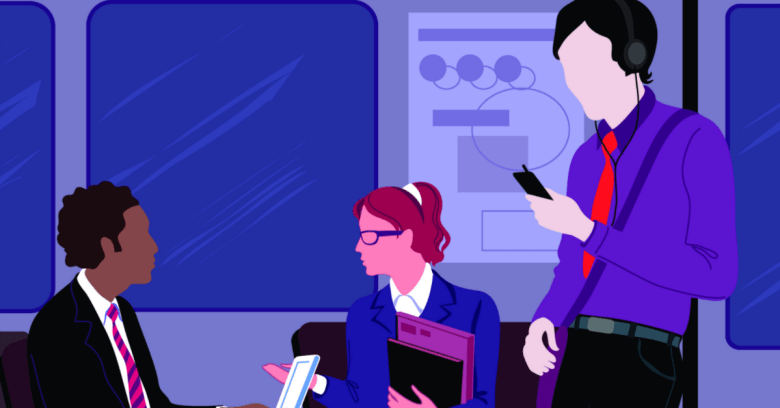 In at least two US states, privacy advocates are raising questions about the use of surveillance equipment to record audio on trains and buses.

New Jersey Transit is defending its recording audio on light rail trains, although the agency won’t say exactly how it is using those recordings, how they are stored, or for how long.

NJ Transit’s interim executive director, Dennis Martin, said this week that attacks on transportation facilities, such as the metro station and airport bombings in Brussels, justify the use of “the latest technology” to “deter” future attacks:

In light of terrorist attacks on mass transit facilities around the world, New Jersey Transit is availing itself of the latest technology to deter that, always keeping in mind the privacy rights of our customers.

In an interview with the Associated Press, Martin would only comment that it is “in compliance” with any laws governing audio surveillance or wiretapping.

Yet, according to the American Civil Liberties Union (ACLU), NJ Transit’s audio recordings might run afoul of legal restrictions on surveillance of conversations where people have an expectation of privacy.

Ed Barocas, legal director of the ACLU of New Jersey, told a local radio station that the transit authority should disclose more information about the surveillance, including how the recordings are handled:

The state of Maryland has been using audio surveillance on public buses since 2012, but there are apparently no laws governing how the system is managed or the storage of the recordings.

The Maryland Transit Administration (MTA) currently has audio recording turned on in 65% of buses, and 82% of MTA subway trains also have the capability but do not use the system, the Baltimore Sun reports.

The MTA only reviews the recordings after an incident, and saves only those parts of the recording. If recordings haven’t been saved as part of an investigation, those recordings are taped over when the storage drive is full.

Some Maryland state lawmakers want to restrict audio surveillance to just the area near the driver, and only if the driver turns on the system or it is automatically triggered in the event of a crash or other public safety incident.

In New Jersey, the transit authority hasn’t explained if there are similar limitations on storing the recordings.

The ACLU’s Barocas says public transit passengers do have a right to privacy in some circumstances, such as when they get a phone call from a doctor or spouse, and “at that point we don’t expect that the government is listening in to everything that we’re saying.”

The ACLU has raised similar concerns about how police departments use automated license plate readers.

Last year, it was discovered that video from some license plate readers was being broadcast openly on the internet.

One comment on “Is your train or bus eavesdropping on your conversation?”