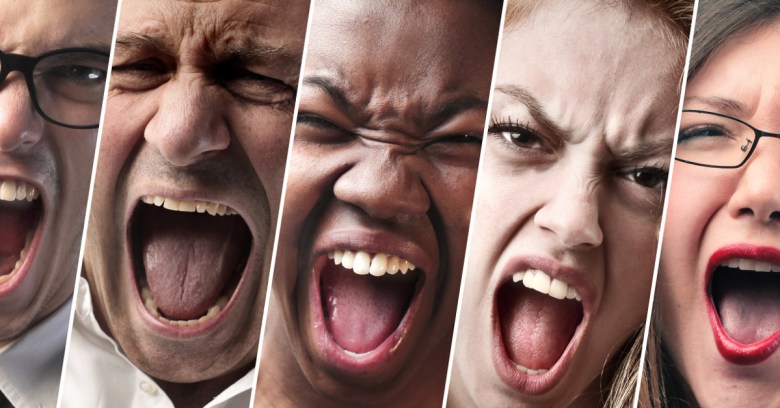 A female journalist reporting on a demonstration outside an abortion clinic received a comment saying, “You are so ugly that if you got pregnant I would drive you to the abortion clinic myself”.

A British Muslim writing about her experiences of Islamophobia was told by a reader to “marry an ISIS fighter and then see how you like that!”

A black correspondent reporting that another black American has been shot by the police was told they were “a racist who hates white people”.

These are just a few examples of the 1.4 million demeaning and insulting comments that have been blocked on the Guardian’s website since it first invited readers’ opinions in 2006.

As part of a series on the rising global phenomenon of online harassment, the Guardian recently shared the results of its research into the 70 million comments left on its website over the last decade.  The results were shocking but won’t come as a huge surprise to people familiar with the state of internet discourse.

We focused on gender in this research partly because we wanted to test the theory that women experience more abuse than men. But both writers and moderators observe that ethnic and religious minorities, and LGBT people also appear to experience a disproportionate amount of abuse.

Of the ten regular writers who got the most abuse:

The ten writers who received the least abuse were all men.

The Guardian has more male writers than female and their output isn’t evenly distributed across all subjects and sections. The rarer female voices are on a given subject, the more likely they are to meet abuse it seems:

The Guardian also goes on to recognise that the abuse often extends beyond its own website. Writers often also receive abuse on social media, where mobs can form quickly, competing to see who can be the most cruel.

And while abused journalists often find it hard to escape the abuse across the different dimensions of their virtual lives, for some it also encroaches on their physical lives too. Examples include stalkers assuming their identity and sending men to the front door in search of sex.

In its findings, the Guardian questions whether this is actually causing wider harm on a social scale by

…silencing people who might otherwise contribute to public debates – particularly women, LGBT people and people from racial or religious minorities, who see others like themselves being racially and sexually abused.

So, what does the news giant plan to do about it? As a start it has made a commitment to tackle the problem. While the paper hopes to do more research to uncover what is going wrong, it doesn’t plan to close comments altogether on its site – just cut down the number of stories open to comments.

Meanwhile, as the Guardian gathers its readers’ opinions on what sort of web they want, have you considered whether this is the kind of culture you want to live in?