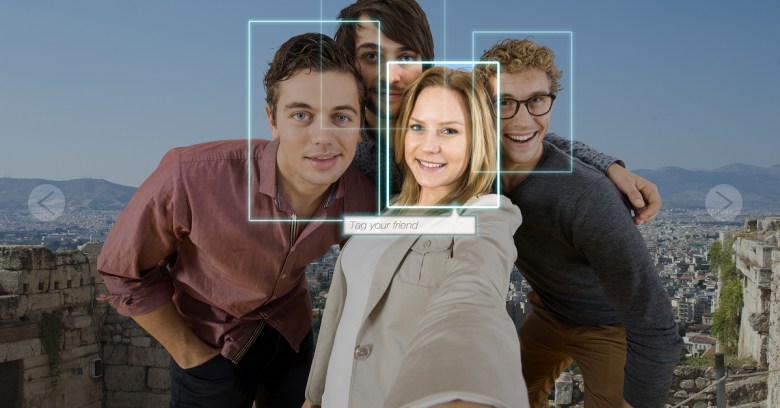 Has anybody ever captured your image as you lunged at them, screaming “STOP THE TAGGING MADNESS!!”?

No? Well, maybe you’ll have more reason to lunge now that the madness is slated to reach its taggy little fingers into video.

Facebook demonstrated its upcoming auto-tagging feature for video at its annual F8 developer conference on Wednesday.

The new tagging will be powered by the same artificial intelligence (AI) technology that Facebook uses to recognize your friends in photos.

The AI-powered feature will be able to recognize and auto-tag not only the people in your videos, but also the exact moment when they enter the frame.

According to Engadget, Facebook users will then be able to click on a person’s tag and go directly to the spot where they appear in a video.

Facebook hasn’t said when we can expect the video tagging feature. It did, however, say that it’s training this same AI computer vision implementation to recognize not only people in videos, but also objects, and in real-time.

To that end, the company demoed the technology as it identified a cat, fireworks and food videos.

Is Facebook likely to ask our permission before tagging us? Prior performance would indicate a “No.”

Facebook, the company that wants to serve as identification central, first announced in 2010 that it would be using facial recognition to make it easier for you to tag other people in your photos.

That plan didn’t include actually asking the person whom Facebook thought it had recognized whether or not they actually wanted to be tagged.

The company did, however, tell you that you had been tagged, in case you wanted to opt out. It wouldn’t let you choose in the first place, though it could have, given that by auto-tagging it claimed to know who you were.

Since then, facial recognition saga has been through a series of on-again, off-again machinations.

This all amounts to tough luck for those who’d prefer Facebook to be entirely opt-in, as did 90% of our readers last time Naked Security asked.

To its credit, Facebook recently laid out plans to put the brakes on slap-happy photo posters, at least as far as sharing photos of kids goes.

As it is, there are two photo-specific privacy negatives at play.

First off, too many of us ignore our privacy settings but still go right ahead and post hundreds of photos of kids online.

Secondly, all those photos feed into what some deem to be the largest privately held database of facial recognition data in the world, thanks to Facebook collecting and storing it all.

Facebook in November said it was putting those two things together to come up with something pretty positive: a program it’s developing to warn parents before they share photos of children publicly instead of just with friends.

But auto-tagging in videos could well shoot growth hormones into that same database.

We don’t know what Facebook’s plans are for auto-tagging in videos. We do know, however, that people overwhelmingly loathe it when their photos are posted without their approval.

All in all, it sure sounds like a good time to revisit your “photo tagging” settings. We laid out how to do that in this article, or you can just jump straight to Facebook Help to see what your settings are now and to turn off auto-tagging in photos that depict you.

Finally, if you’re on Facebook, and if you want to stay on top of security, privacy, and the ever-expanding ways FB and its ilk are identifying you, join the Naked Security Facebook page to get the latest news.