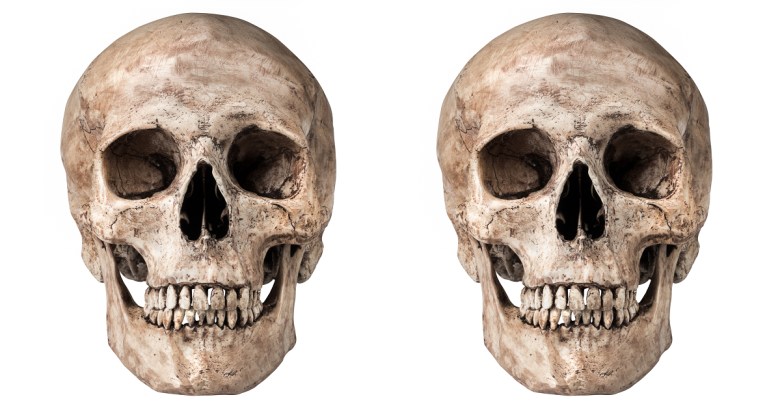 Ahh, biometrics. In the race to replace the password, that sadly inadequate Eeyore of the authentication world, is there any part of the body that hasn’t been poked at?

We’ve seen the rise (and fall… and fall again, via an even easier method) of fingerprints, iris recognition (which, like fingerprints, can be tricked with constructed copies), voices, faces, ears, your microbial entourage, and brainprints.

The latest biometric bit of the body to be tested for use in authentication: the skull.

Researchers at the Max Planck Institute for Informatics and the universities of Stuttgart and Saarland conducted a controlled study – with only 10 participants – of the way a sound bounces around a skull and reverberates back, using the bone conduction speaker and microphone integrated into an eyewear computer like Google Glass.

According to the team’s paper, each of us has a unique, and stable, frequency response when sound is conducted through our skulls.

The team sees a couple of potential applications for the authentication:

The researchers claim to have identified users with 97% accuracy and authenticated them with an error rate of 6.9%. That makes SkullConduct worthy as a secure way to identify and authenticate an eyewear computer user, they said.

They note that SkullConduct was tested in a controlled environment, without any background noise. Such noise – which might include people talking in the background, or appliances – might reduce performance.

Weight gain or hair growth might also mess things up.