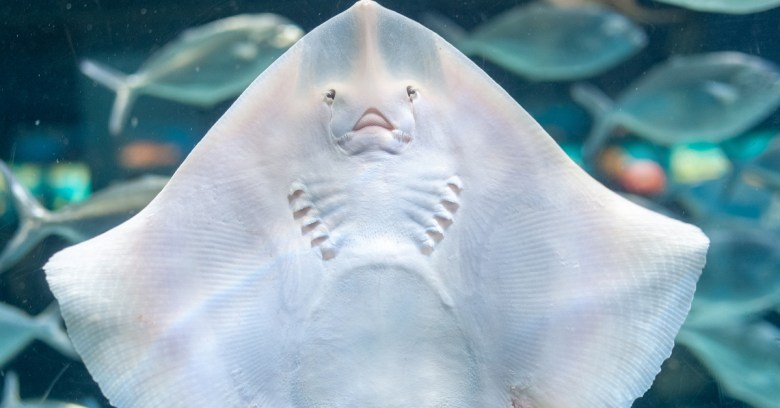 Cops don’t like to talk about stingrays: those suitcase-sized cell site simulators that they use to mimic a cell tower and trick nearby phones (as in everybody’s phones, not just crooks’) into connecting and giving up their identifying information and location.

And they certainly don’t like people poking around in their records on stingrays, either.

For one thing, the devices’ manufacturers often demand non-disclosure agreements from police departments, who can pay over $100,000 a pop for these devices. The argument: merely talking about stingrays will make criminals more likely to evade them.

They also can’t talk about stingrays. It’s a question of national security, they say.

But, stingrays aren’t always used for stuff that is “national security” worthy. Namely, in this case, to find a chicken wing thief.

When Capital News Service (CNS) recently got hold of police records surrounding use of stingrays – also called IMSI catchers because they grab a cellphone’s International Mobile Subscriber Identity (IMSI) – they found that there had been a poultry theft in the Maryland city of Annapolis.

They never did find the robber. But police did get a court order to try, by rolling out a stingray.

Maryland has been using stingrays for at least a decade, CNS reports. After a four-month investigation, the publication found that it wasn’t until October 2014 that police even had to show probable cause.

In fact, the US Department of Justice (DOJ) recently told police that they had to get a warrant to use these things.

But the federal guidelines have a hole big enough to drive a tank through, in that they don’t apply to local law enforcement.

At any rate, CNS’s investigation found that police counties in seven counties closest to the regions of the nation’s capital, Washington DC, and to Baltimore have spent at least $2.8 million on the sophisticated surveillance equipment.

The American Civil Liberties Union (ACLU) has determined that at least 61 police agencies in 23 states and Washington DC have deployed the cell site simulators.

The device used to scour the airwaves for the chicken thief was likely one picked up with a $184,955 federal grant for Annapolis police to buy such equipment.

Montgomery County Police spokesman Capt. Paul Starks told CNS that the agency has used its cell site simulator 80 times from 1 April 2015 through 31 March 2016. About 30% of those uses were for homicides and another three were kidnappings, he said.

There are other good reasons to use stingrays: to find missing people who might be in danger, including runaway children or physically or mentally disabled people, for example.

But what it’s not used for is for trivial crime, he said:

That’s a common refrain for lots of law enforcement agencies. But I guess they do things a bit differently in Anne Arundel County, where you’ll find the city of Annapolis and somebody who got away with wings.

At any rate, aren’t most chicken thieves smart enough to use a burner phone?