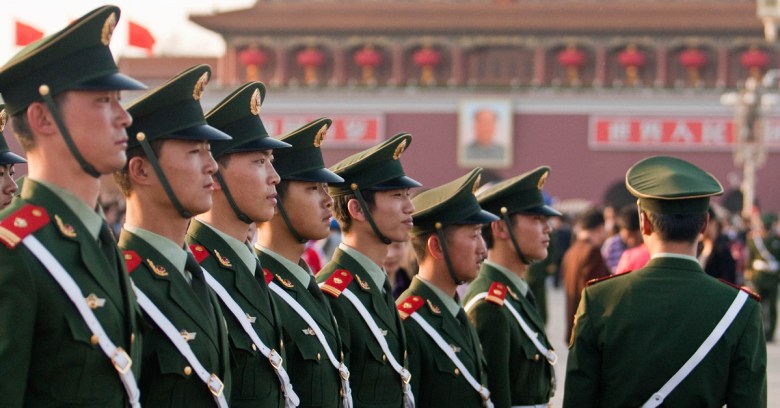 Former US Army contractor 62-year-old Wei Chen immigrated to the US from China, became a citizen in 2006, and lied about having served in China’s People’s Liberation Army in 2010.

The lie came up when he was faced with this question on an application for a job as a computer system administrator for a Department of Defense (DOD) contractor: Have you ever served in a foreign country’s military?

According to the Department of Justice (DOJ), he needed Secret-level security clearance to bag the job, so Chen answered “no.”

Then, he tried to erase his tracks by deleting networks logs that would have shown he plugged in a thumb drive.

The former army contractor, who lives in the city of Westfield, Massachusetts, lied because he thought he might not get the security clearance if he answered truthfully, according to the DOJ.

After lying on the application, he did in fact get the secret-level security clearance and was assigned to work for the US Army as a system administrator at Camp Buehring, in a war zone in Kuwait.

The DOJ says that while he was at Camp Buehring on 15-16 June, 2013, Chen connected one or more of his own thumb drives to computers connected to the Army’s unclassified network as well as to the classified Secret-level network.

The DOJ says that Chen copied files and email. It didn’t specify the nature of the materials, but a local publication, MassLive, reports that according to his lawyers, Chen copied personal files for the sake of convenience after hearing he was going to be transferred to Afghanistan.

Then, he tried to hide his security violation by clearing network logs on the server that would have shown that he’d connected the thumb drive to his Secret-level workstation.

After the thumb drive incident, the government launched a full investigation, reportedly believing that Chen was a spy. During the probe, investigators discovered that Chen had covered up a six-year stint as a member of the Chinese Communist Party’s armed forces in the 1970s.

MassLive reports that a federal prosecutor told US District Judge Mark G. Mastroianni that Chen failed two polygraphs and lied about the role he played in that army. (The validity of polygraphs is disputed. According to the American Psychological Association, most psychologists don’t see much evidence that polygraph tests can accurately detect lies.)

MassLive quotes Assistant US Attorney B. Stephanie Siegmann, who said that Chen at first claimed to have been in a low-level position in the People’s Liberation Army. Not so, she said:

Prosecutors pressed charges, looking to lock Chen up for a year.

The defendant’s actions were not spontaneous. They were not merely mistakes.

In December 2015, Chen had struck a deal, pleading guilty to making a false statement and damaging a US Army computer.

He was sentenced last Thursday, 5 May, to six months of home confinement, five years of probation and a fine of $8,000.

One comment on “Former US army contractor sentenced for damaging computer systems, lying about serving in China’s army”