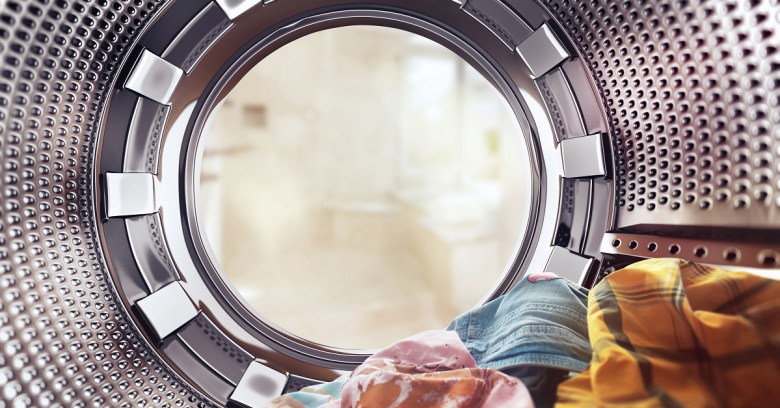 An interested “buyer” said he wanted to test somebody’s £150 washer/dryer, but he wound up driving away in clean clothes!

Yup, it’s a Facebook scam, and scads of people are flexing their “wouldja lookit this idjit” muscles by sharing it far and wide. Here’s the post, accompanied by the photo of the purported laundering thief: 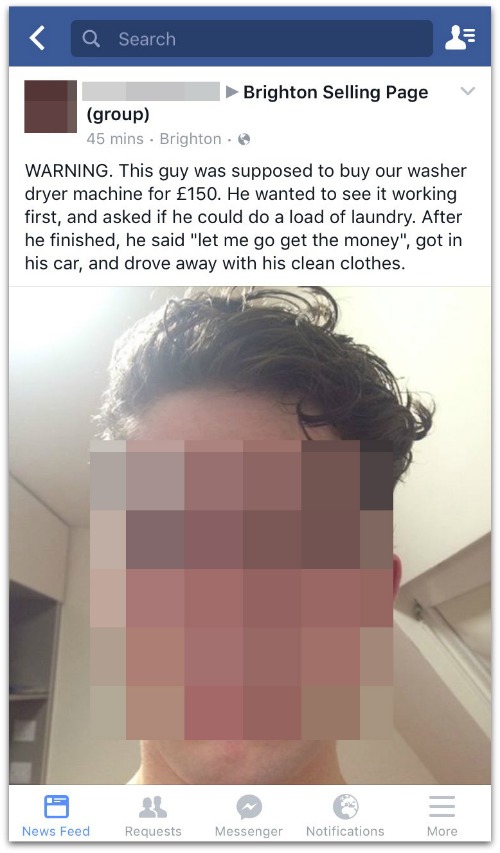 WARNING: This guy was supposed to buy our washer dryer machine for £150. He wanted to see it working first, and asked if he could do a load of laundry.

After he finished, he said ‘let me go get the money’, got in his car and then drove away in clean clothes.

He’s so bad, he probably puts ham on his dog’s face so he can snap photos of his “ohmigod his face is burned off” pup and thereby goad people into entering the illicit “prayers for clicks” currency.

…Or he’s just a random guy in a random photo snatched from someplace online.

According to The Telegraph, the prank has gone viral on Facebook, with different versions (with photos of different guys) being spammed into the comments of washing machine selling posts.

There are so many things we can point to as examples of how things that seem too good to be true when you stumble across them online probably are. Like, say, the fake puppies and kittens showing up lately on UK online auction sites.

The laundering services thief scam is on the flip side of that coin: if it seems too stupid to be true, it probably isn’t.

Who would go to all that trouble to get free laundering? Not many.

But who might go to the trouble of cooking up a fake Facebook post, sputter-worthy and sharable as it is, to churn out likes and shares by the truckload?

If you want to find out what the pranksters are up to next, you can join Naked Security on its washing-machine-free Facebook page, right here.

See you in the spin cycle!