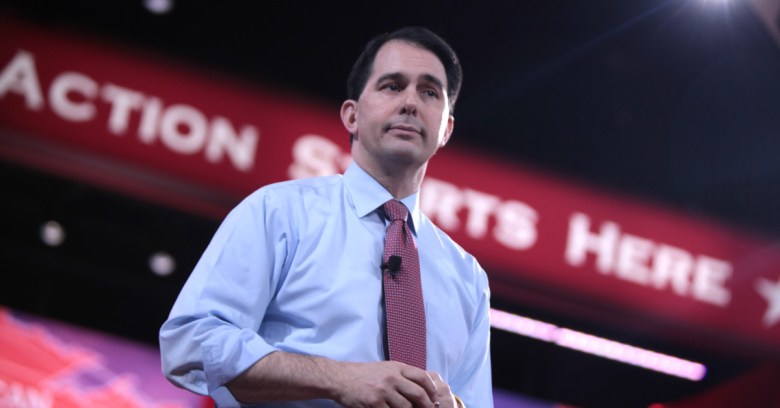 Are you one of the people who ponied up money to support the US presidential campaign of Wisconsin Gov. Scott Walker?

Sorry his bid went belly-up. As disappointing as that must be, here’s a bit of salt for the wound: he’s selling your email address.

As reported by the Wisconsin Gazette, Walker’s renting out his email and donor lists to other candidates to pay off hundreds of thousands of dollars in debt incurred in his race.

The newspaper says that according to campaign finance records, Walker’s campaign owed $1.2 million USD at the end of 2015 and has since paid off about $308,000 USD.

Most of that payback has been enabled by selling donor data to Granite Lists, a New Hampshire-based company that rents out Republican donor lists. It’s paid more than $172,000 to Walker’s campaign since it ended in September, according to the Gazette.

It’s not just Walker donors up for grabs: Granite Lists sells other Republican candidates’ donor lists, including the contact information for people it described as the “patriotic and politically active responsive direct mail donors” who in 2012 “gave generously—often multiple times—to Mitt Romney because they ‘Believe in America.'”

But while it’s not uncommon to sell donor lists, it’s not made explicit in the Walker campaign’s privacy policy that donors’ emails are going to be rented out.

That policy does say that once your data’s in the campaign’s grasp, it’s staying there, even if you try to delete it:

Any personal information or content that you voluntarily disclose for posting to the Sites, such as user content, becomes available to the public, as controlled by any applicable privacy or website customization settings. If you remove information that you posted to the Sites, copies may remain viewable in cached and archived pages, or if other users have copied or saved that information.

…but data kicking around in archived and cached pages is just par for the course on the internet.

Unlike Walker’s privacy policy, some candidates’ campaigns have privacy policies with sections that stipulate how they share your information, such as that of Bernie Sanders or, despite all her other problems with email, Hillary Clinton.

Those privacy policies don’t explicitly mention renting out their donor lists. But it’s hard to imagine that Republicans are the only ones doing it.

Politico reports that the fate of the Sanders campaign’s list, which has already been used for a few fundraising emails on behalf of House candidates, is the subject of a “desperate scramble.”

Now, for the money question: how much is the Walker campaign making by selling its donors’ information?

Bear in mind that this is a succulent data set, if Granite Lists’ marketing is to be believed. This is what it says (PDF) about the 675,000 donors to Walker’s campaign:

Even before he ran for president, Governor Scott Walker had amassed a huge national network of online donors which was the envy of the political fundraising world. These committed donors helped him survive a bitter recall and they jumped at the chance to support his presidential campaign because they know exactly what is at stake in 2016 — and they want to make sure conservative values triumph. These savvy GOP donors respond to everything from traditional conservative messaging to urgent deadline-oriented appeals. When you need to raise online money fast, this list is the way to go.

We often tell readers to make sure they read privacy policies before handing out personal data.

Fat lot of good that will do you, though, when privacy policies don’t bother to mention they’re going to put your personal data on the auction block.

We did, actually, do a run-down on where the candidates stand on privacy and surveillance as they’ve debated topics such as encryption backdoors, surveillance and the NSA.

But if you want to really suss out how sincere, thorough and well-thought-out your candidate’s attitude toward privacy may be, peel back the headlines to peek at the tucked-away privacy policy.

What does it say?

Then maybe ask yourself, What doesn’t it say?