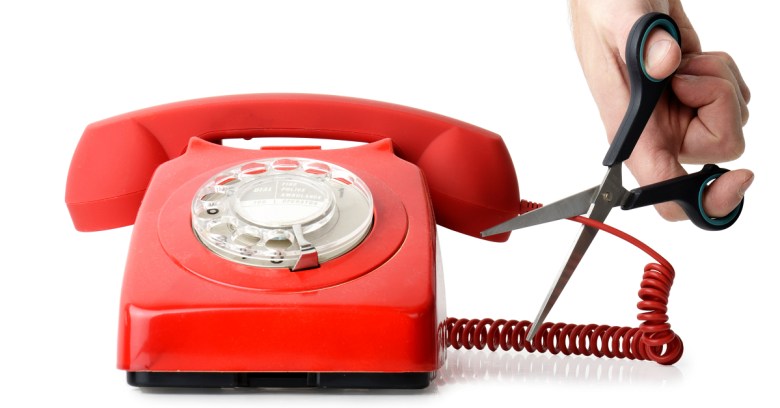 Whenever we write about DNC, short for “Do Not Call,” or whatever the equivalent database is called in your country, people are understandably sceptical that the process will ever work.

Countries with Do Not Call registers maintain an official, government-sanctioned list of phone numbers that are off-limits to telemarketers.

Cold callers who play by the rules are supposed to check their own lists against the central register, and to remove anyone who has added themselves to the list.

I’ve put myself on the list in two different countries now (Australia and the UK), and although I still get the occasional nuisance call, my opinion is that it has made a big difference.

That’s not a scientific result, but my phone does seem to ring a lot less often with some chancer on the other end; also, if I open the conversation by saying, “Did you know this number is on the Telephone Prefere…,” the caller almost always puts the phone down right away.

The sceptics counter my positive outlook by pointing out that a DNC register only cuts out calls from companies that want to do the right thing, and who are in your jurisdiction anyway, so that true nuisance calls, like those fake PC support scams from overseas, will continue unchecked.

Also, the sceptics suggest, repeat offenders never seem to end up in the trouble you might expect, at least in the US, because we never seem to hear of successful legal action against large-scale offenders.

Well, that may very well have changed.

Five long years after the US Department of Justice started action against a Utah telemarketing operation, claiming that they just wouldn’t stick to the rules, a jury has agreed.

According to the US consumer watchdog, the Federal Trade Commission (our emphasis):

The jury found the defendants responsible for 117 million violations of the TSR, including 99 million illegal calls to telephone numbers listed on the DNC Registry, as well as more than four million additional calls in which the defendants’ telemarketers made misleading statements to induce DVD sales.

The penalty hasn’t been set yet, but the regulations allow for a civil penalty (technically, it’s not a “fine”, like you might get for a traffic infringment or a criminal conviction) of up to $16,000 per violation.

That leaves the court free to set a penalty that’s big enough to take the companies, and their owner, out of the market altogether.

The Information Commissioner’s Office in the UK had a result just like that recently against an unrelenting cold-calling operation out of Manchester, England.

The fine, ahem, civil penalty in that case was set to £350,000 (more than $0.5 million), thanks to more than 1000 official complaints about the rogue behaviour…

…and the operators threw in the towel, filing for voluntary liquidation and folding the business. (That’s roughly the same as Chapter 7 in the USA.)

As we commented in the wake of the Manchester case:

[Regulatory bodies] can’t deal successfully with every complaint, especially if the callers come from overseas.

The only way you can be sure that nothing will happen is to do nothing yourself.

Where to report dodgy telemarketers?

Here are links that some of our readers may find helpful:

Simply put, if you hear something, say something!