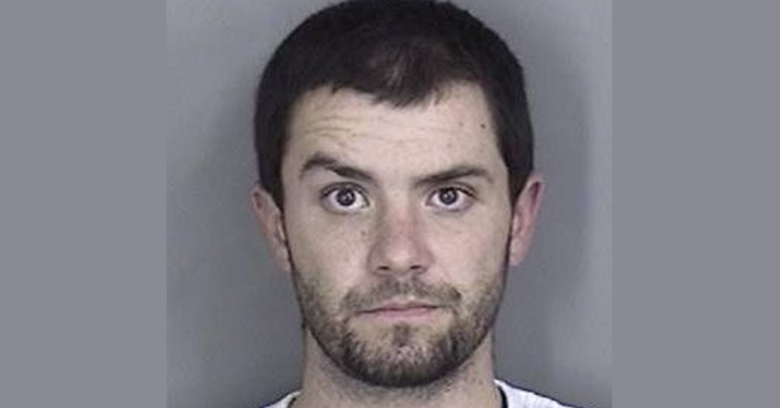 Tony Michael Canterberry, a 32-year-old Alabama man who declined to meet with police as they investigated two cases of identity theft because he claimed to be too smart to be captured, has been captured.

As ABC3340 reports, deputies in Blount County, Tennessee, had gone to a mobile home community in Maryville to check out a suspicious vehicle.

The car’s driver gave police a fake name, but they eventually identified him as Canterberry.

Alabama police had been looking for him since March as they investigated a case of identity theft.

It started with a customer service representative at a large tax prep software company whose workplace manner included taunting customers.

Chief Deputy Randy Christian told AL.com that Canterberry, who has a criminal history, had allegedly emailed a client, berated him, and threatened to steal his identity.

Canterberry was charged with identity theft, but he repeatedly refused to meet with investigators, going so far as to question their ability to find him.

He says his superior intelligence will keep us from catching him.

In other words, Christian said…

That has to be a good sign for us.

…implying, of course, that the guy’s an idiot, and/or the cops’ response was something along the lines of “Game ON!”

The target of the customer service rep’s threats had told investigators that he’d contacted the tax prep company’s customer service department to resolve an issue with his income tax return.

The rep was rude, he said, and insulted the customer. Offended, he hung up.

The next day, the customer service rep sent him an email message that continued the harassment. He also advised him to show some respect, especially when…

…it concerns an issue as vital as your identity.

The recipient, understandably enough, considered that to be a threat, so he contacted the company directly. AL.com reports that the company told the victim that the customer service rep worked for a contractor and would be fired over the incident.

But it didn’t stop there. The day after that, the victim got yet another email, assuring him that the job loss was no big deal: the customer service rep said he only used the position to “obtain necessary data to pursue my actual career.”

Also, because his genius obviously couldn’t be bottled up inside, the suspect told his victim exactly how he planned to ruin his identity, as well as the steps he’d taken to avoid being tracked down.

And here’s where a second victim of identity theft comes in: investigators found somebody who they thought was the belligerent, anti-customer-service rep, but it turns out that it was somebody whose identity Canterberry allegedly stole to get that job in the first place.

News reports don’t give details on how investigators finally figured out that Canterberry was the man they should be looking for, but figure it out they did.

They tried to get him to call or come by to chat about the case, but nope, he wasn’t having any of that: he was too intelligent, he said, and thus wouldn’t be captured.

AL.com reports that he also emailed the news outlet multiple times, claiming the stories about him were untrue and asking to give his side of the story.

He never followed through. Nor did he give AL.com his telephone number.

In April, investigators tracked Canterberry down. Tennessee police went out to the trailer park and found the car at a nearby antique mall. In spite of giving police a fake name, they managed to trace the car to him as a probable driver, and he was arrested on 2 June.

His criminal history includes a felony conviction of third-degree burglary in 2008 for which he received a sentence of 46 months in jail. In the past, he’s also been charged with illegal possession of a credit card and theft.

This time around, he was charged with possession of drugs, identity theft, theft of property and possession of drug paraphernalia. Canterberry will stay in Tennessee to face those charges, and then he’ll be extradited to Alabama.

Christian mulled the possibility that the drugs may have clouded Canterberry’s self-proclaimed brilliance:

Drugs apparently overcame his superior intellect, and another genius has been captured. Maybe he can use his time incarcerated to figure out he is smart enough to be a giver to society rather than a taker. That is the goal.