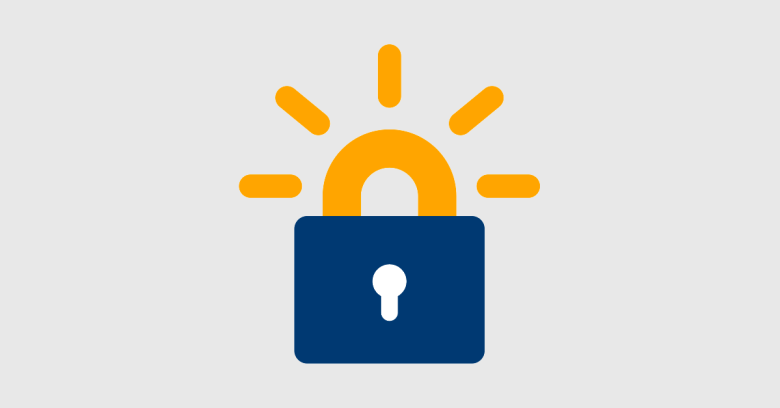 Here at Naked Security, we’re well-disposed towards encryption, especially TLS, which is the cornerstone of secure web browsing.

TLS is short for Transport Layer Security, and it’s the technology that puts the padlock in your browser’s address bar when you use HTTPS to visit a secure website.

In theory, TLS is easy, because software at each end does all the hard cryptographic work of securing the connection.

Importantly, TLS isn’t only about the confidential aspects of encryption, where your data is scrambled so it’s meaningless to eavesdroppers.

TLS also deals with authenticity and integrity, using encryption to help you verify not only that you’re talking securely, but also that you are talking to the right person.

(No point in having a strongly-encrypted session with a crook instead of your bank!)

But TLS has one tricky part: before your web server can “prove” who you are, you have to get a digitally-signed certificate that vouches for you, issued by someone who is themselves trusted by everyone’s browsers.

Understanding HTTPS and the “chain of trust” ►

Until recently, that was modestly complicated, and cost money, both up front and then every year or so to renew the certificate.

Then, a non-profit called Let’s Encrypt came on the scene:

Anyone who has gone through the trouble of setting up a secure website knows what a hassle getting and maintaining a certificate can be. Let’s Encrypt automates away the pain and lets site operators turn on and manage HTTPS with simple commands. Using Let’s Encrypt is free, so there is no need to arrange payment.

The concept is simple: HTTPS makes things harder for eavesdroppers, phishers, scammers and other imposters, so let’s encrypt.

Unfortunately, the past month hasn’t been a perfect one for Let’s Encrypt.

Back in May 2016, the organisation let slip a login key for its GitHub account, where the source code used to run the service is hosted.

In theory, that meant anyone who’d noticed the leaked key could have logged in and made unauthorised changes deep inside the codebase, undermining the trust in the community that has sprung up around the project.

A security breach, even a potential breach that fortunately never happened in real life, is never a happy moment.

But the Let’s Encrypt team responded quickly and openly, and concluded:

Our investigation has concluded, and with GitHub’s help we’ve determined that the leaked credentials were never improperly used. No code was improperly modified, and no subscriber or other confidential information (aside from the leaked API key) was exposed.

A good outcome under the circumstances.

To be fair, leaking email addresses, for example by CCing people when you meant to BCC them, isn’t the end of the world, but it’s still something best avoided.

Malware on any one of the computers that received the list could scoop up those addresses and “call home” to deliver them to the crooks, perhaps leading to yet more spam for the innocent names in the list.

What happened with Let’s Encrypt was nearly, but not quite, amusing:

If Let’s Encrypt hadn’t noticed early on, the last person would have received 382,999 addresses plus the message.

The good news is that the glitch was noticed after 7618 messages and the plug was pulled on the process.

Let’s Encrypt may have spotted them problem because this sort of quadratic growth in the total volume of email going out is rather unusual.

Ironically, perhaps, the email was to tell subscribers about an update to the subscriber agreement.

As the organisation said:

We take our relationship with our users very seriously and apologize for the error. We will be doing a thorough postmortem to determine exactly how this happened and how we can prevent something like this from happening again. We will update this incident report with our conclusions.

If you received one of these emails we ask that you not post lists of email addresses publicly.

The silver linings are that the problem was stopped early on, and that Let’s Encrypt’s apology carries some weight.

They’ve promised to report how the mistake happened, and how to stop it in future, which is actually both open…

…and useful, because we can all learn from other people’s mistakes.

Security tip. An email gateway with some form of DLP, short for data leakage prevention, can help in cases like this. For example, using the Sophos Secure Email Gateway, you can use what we call content control lists to set a rule such as “no outbound email should have more than 10 plaintext email addresses” (or any credit card numbers at all, and so on). This limits the damage done if a user copies-and-pastes the wrong data, or an automated script goes haywire.