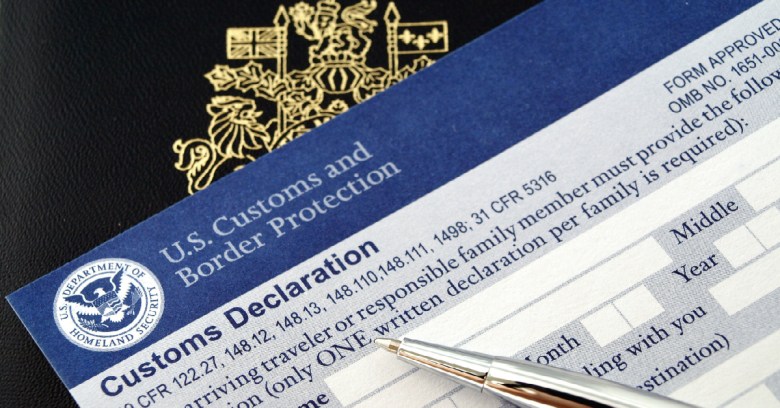 No? Well, it’s interested in finding out about you, and to do that, it’s looking for permission to ask for social media account names when people enter the country.

The new data field would be optional, according to the DHS’s Customs and Border Protection (CBP) agency, which posted its request to the Federal Register on Thursday.

The social media account names are to “vet” travelers, the agency said, as well as to augment contact information:

It will be an optional data field to request social media identifiers to be used for vetting purposes, as well as applicant contact information.

Obtaining social media information on those travelling will also help it to investigate them better, the CBP said (irony alert: because of course “nefarious” people share their cunning plans on social media and want to make sure DHS can find out all about them):

Collecting social media data will enhance the existing investigative process and provide DHS greater clarity and visibility to possible nefarious activity and connections by providing an additional tool set which analysts and investigators may use to better analyze and investigate the case.

The CBP is proposing that a data field asking travelers to “Please enter information associated with your online presence – Provider/Platform – Social media identifier” be added to the Electronic System for Travel Authorization (ESTA) and to the CBP Form I-94W (Nonimmigrant Visa Waiver Arrival/Departure).

The public, as well as affected agencies, are being given the opportunity to comment on the proposed change. The CBP will be accepting comments up until 22 August.

Make that written comments. The agency hasn’t put up an online form to get anybody’s input.

Rather, you’ll have to express your distaste or enthusiasm for sharing social media account names with the DHS by writing them down and sending via snail mail to this address.

…an exquisitely ironic address, mind you, given that you’ll be sending those written comments to the attention of the Paperwork Reduction Act Officer.

Zeljka Zorz, managing editor of HelpNet Security, brought up a good point: besides the inconvenient fact that nothing would stop evil-doers from lying about their social media presences, there lies the possibility of people providing fake account names. Would innocent people suddenly find the feds at their door because CBP has “evidence” connecting their social media accounts with illegal acts?

Then too, there’s always the possibility that a fake account can be created by somebody impersonating the person in question.

One example: actor/director Vincent Gallo recently sued Facebook over somebody’s having set up a fake Facebook profile in Gallo’s name and allegedly using it to friend Gallo’s friends and acquaintances, to engage in online sex chats, and to lure Los Angeles women to meet him in person.

Here’s Zorz with another good point about the CBP’s claim that collecting our social media account details will be “optional”:

Government agencies (but not only them) usually don’t even mention that some of the information they request is optional even if it is, and I expect the same to happen here.

Finally, the question, if the request passes, is optional—for now. [But it’s] the perfect stepping stone for making answering that question mandatory in the future.

Don’t like the idea? Now’s the time to type up your thoughts on the matter, purchase the stamp and package it all up for the CBP.