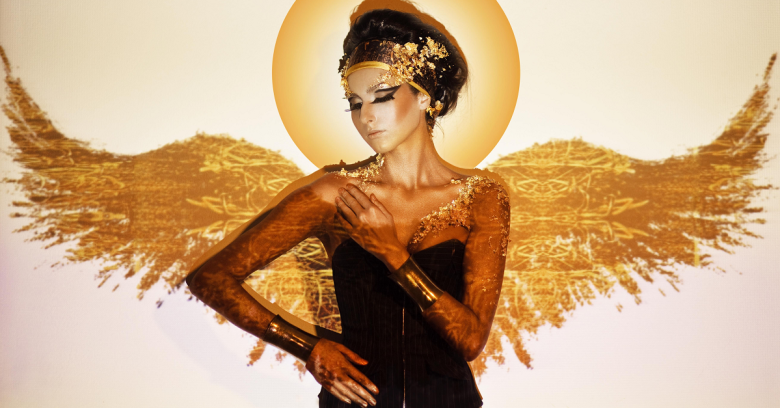 Facebook, much to the dismay of a 27-year-old British woman, still hasn’t gotten it through its social media noggin that somebody by the name of Isis who takes out an account is not necessarily a bloodthirsty jihadist looking to promote the Islamic State.

This time, the woman who’s named after the Egyptian nature goddess is Isis Thomas, of Bristol.

She’s got at least one friend trying to get her account back for her:

As The Mirror reports, Ms. Thomas found herself locked out of her account as of Monday, when Facebook asked her to change her name.

The Mirror quotes her:

I just tried to log in and when I did, the password went through and this box came up asking me something about changing my name.

I was on Facebook as Isis Worcester, because when I first signed up years ago I didn’t use my real name, which is Isis Thomas, because of where I worked at the time.

She assumed that Facebook was unhappy about the bogus surname, so she changed it to her real name: Isis Thomas.

Sorry, no dice, Facebook said: it’s that scary first name that’s off-limits. Which is odd, given that if you run a search on Facebook for the name “Isis,” you’ll find plenty of accounts.

They sent a message saying Isis wasn’t allowed, it didn’t comply with the policy. They asked me to send in proof of identity, which I did. That was on Monday and I haven’t been let on the site since.

Well, it’s not surprising that Facebook gets a rash when it sees the word Isis.

In November, Isis Anchalee became the latest of her name to be shut out.

The San Francisco-based engineer was just one in a line of people named Isis who’ve suffered from the media’s reliance on the term ISIS – an acronym for the terrorist organization Islamic State of Iraq and Syria.

Of course, Facebook’s real-name policy has meant that this has happened to plenty of other people who aren’t named Isis: Native Americans, drag queens, Mr. Something Long and Complicated, and Ms. Jemmaroid von Laalaa, to name a few.

It took Anchalee three tries to get back in, including sending a copy of her passport.

Then, Facebook did the right thing: researcher Omid Farivar publicly apologized, tweeting that he didn’t know why it happened, but that they were on it.

@isisAnchalee Isis, sorry about this. I don’t know what happened. I’ve reported it to the right people and we’re working on fixing it.

OK. Yes. So. It’s going on 8 months since Facebook has been “on it”. What’s taking so long?

I reached out to Farivar to ask. I haven’t heard back, and Facebook noted that the company doesn’t comment on individual accounts.

While Isis Thomas struggles to convince Facebook that’s really her name, we in the media can try to help turn the tide by avoiding the term ISIS, it drives innocent girls with a lovely name nuts.

IS, for Islamic State, is what they’d rather you use, or Daesh, or, at the very least, fully capitalize the term ISIS. It is, after all, an acronym, so that’s the proper way to render it.