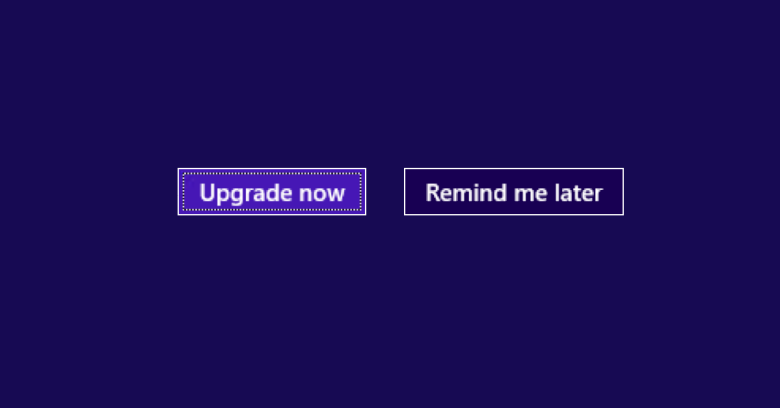 Not so much that I want to give up OS X and install Microsoft’s latest and shiniest on my Mac instead, you understand.

But enough that I would leave behind Windows 7 faster than you can say “XP is a dead parrot” if I were offered a free upgrade.

Of course, if I were a Windows 7 user, the chances are that I would have already been offered a free upgrade, possibly several times.

And that’s been a sore point with many Windows users in recent months.

We’ve had reports of Windows 10 upgrade offers popping up in the middle of weather forecasts and live gaming streams.

To be fair to Microsoft, any TV company that relies on full-screen Windows apps to generate live footage really ought to know about presentation mode, as should any presenters who have ever suffered the embarrassment of company email alerts or personal instant messages showing up during demos to a live audience. A live-on-stage Windows 10 upgrade alert is amusing, but an email subject line that names a colleague or a mentions a customer is a self-documenting data breach.

For a while, the Windows 10 upgrade was categorised as a recommended update, and pushed out in upgrade-as-an-update form:

Many users, it seems, interpreted this dialog as an question (“would you like this for free?”) rather than a statement (“the upgrade will happen tonight”), and therefore assumed that doing nothing would opt them out rather than in.

Following that debacle, Microsoft seemed to agree with Naked Security readers that a full-on upgrade needed a bit more clarity, and changed the dialog to make it more straightforward: 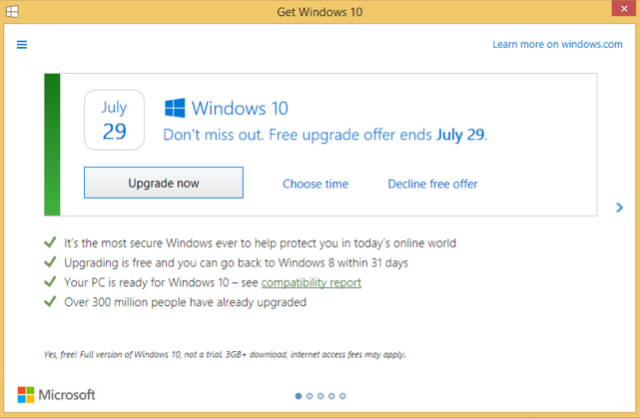 But, as Paul Weller tried to tell us, way back in the era of Windows 95:

So, get ready for yet another take on the Windows 10 upgrade {announcement, invitation, warning, incantation}, this time in deep purple:

To explain in Redmond’s own words:

Amazingly, Microsoft recently settled a lawsuit to the tune of $10,000 with a woman in Sausalito, California, who was thunderstruck to find her computer suddenly running Windows 10:

….we’re sure you will soon.

As a bit of fun for the Fourth of July holiday, here’s a question for our American readers. What colour comes after deep purple? After 29 July 2016, when you have to pay for your upgrade, what will Microsoft choose then?