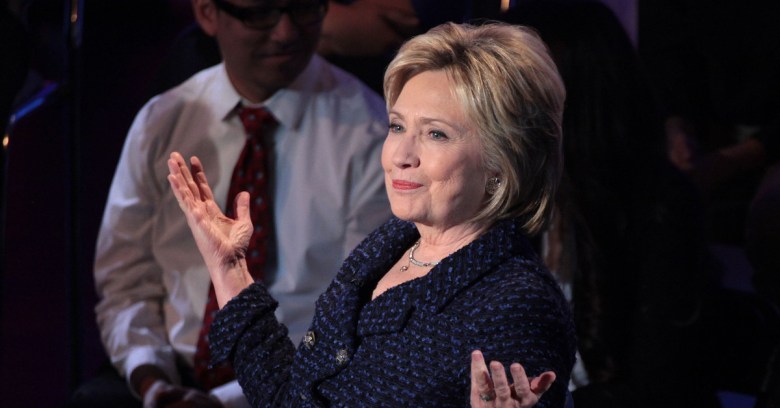 The FBI has recommended that Hillary Clinton not be charged over her use of personal email for official business during her four years as Secretary of State.

…although the Department of Justice makes final decisions on matters like this, we are expressing to Justice our view that no charges are appropriate in this case.

In a FBI press release, FBI Director James Comey explains that its investigation began as a referral from the Intelligence Community Inspector General and looked at whether there was evidence that classified information had been improperly stored or transmitted on a personal system:

In a nutshell, they were looking for evidence of whether Ms Clinton had mishandled or deleted classified information.

On top of that, they also investigated whether Ms Clinton’s personal email server may have been hacked:

… by any foreign power, or other hostile actors.

Now, the FBI has absolved the presidential nominee of “intentional misconduct”. The BBC provides a nice summary of the its key findings:

But, as Motherboard reports, Comey did note that Clinton and her team:

…were extremely careless in their handling of very sensitive, highly classified information.

…by using a private email address, government workers may be hoping to keep their emails secret from the public.

He also said the FBI had assessed that it was possible that “hostile actors” could have gained access to Ms Clinton’s personal email account.

So while Hillary Clinton is looking to move on from her “extreme carelessness”, doing that in the midst of a presidential campaign is not going to be easy. The Washington Post has gone to town in condemning what she did, saying:

For a candidate already badly struggling on questions of whether she is honest and trustworthy enough to hold the office to which she aspires, Comey’s comments are devastating.