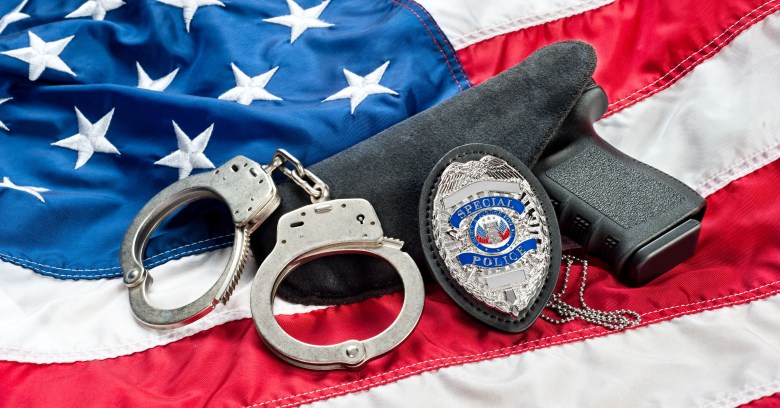 @0x2Taylor, somebody who describes himself as a “Security Researcher,” is claiming responsibility for having published a database listing names and contact information for 50,000 police in Baton Rouge, just days after the fatal shooting of a black man in that city sparked more #BlackLivesMatter rage and a civil rights investigation from the Justice Department.

Alton Sterling, a 37-year-old father, was shot to death on Tuesday during a scuffle with two police officers on the pavement outside a convenience store where he regularly sold homemade music CDs from a folding table.

According to the Daily Dot, @0x2Taylor claimed responsibility for accessing the database on Thursday afternoon.

It’s unclear whether somebody gave it to him or whether he got into the city database himself.

Taylor tied the leak directly to the killing of Alton Sterling: when he first announced the exposed records, he accompanied his tweet with the hashtags #AltonSterling, #Hacked, and#BlackLivesMatters [sic].

He also told the Daily Dot this in a private Twitter message:

The reason i did it is because of what that officer did to alton sterling. i’m sick of seeing police abuse their power and all the killings.

He’s not the only one sickened at the horrific, ongoing violence between police and citizens. But exposing the personal details of police is no way to stop the killings: it simply leaves police open to vigilantes and mob violence that could turn deadly.

Particularly in light of events in Dallas, where snipers murdered five officers during a street protest against police violence on Thursday night.

According to CNN, three alleged suspects are in custody, a fourth suspect is dead after a standoff, and one suspect claimed that bombs had been planted downtown.

Two of the suspects were snipers, shooting from an “elevated position.”