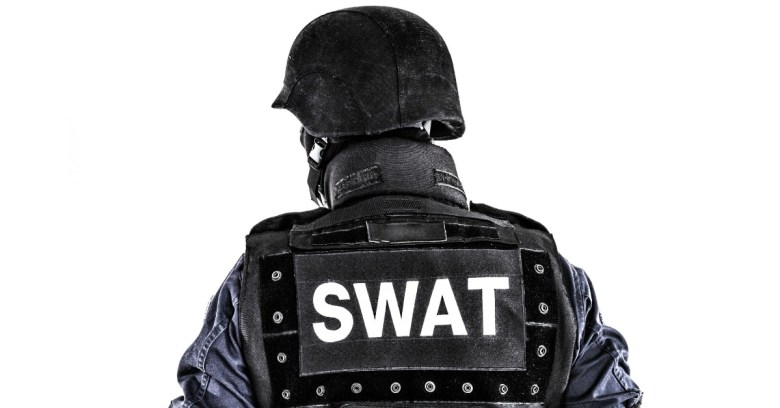 Mir Islam, of Brooklyn, could serve as little as 12 months of that sentence, given that the judge said that the court would take time served into consideration.

Islam had previously been charged with trafficking stolen credit cards.

Along with nearly 2 dozen others, Islam was arrested in June 2012 after a lengthy FBI sting operation that targeted individuals accused of buying and selling stolen credit cards and other personally identifiable information (PII).

He subsequently pleaded guilty, according to recently unsealed court documents, which detail how he’d secretly agreed to cooperate with federal authorities.

While he was cooperating with the feds, Islam was also carrying out a campaign of harassing, intimidating and swatting victims.

The term swatting is derived from the acronym SWAT (Special Weapons and Tactics) and describes the practice of making bogus emergency calls, as a prank or as revenge, that result in the dispatch of emergency services.

That’s the sterile dictionary version. A real-life definition would include armed law enforcement agents who are typically expecting armed resistance, training their weapons on an innocent person and/or their loved ones.

As Krebs reports, at the time he was swatted on 14 March 2013, Islam and his co-conspirators were operating a site called Exposed.su that sought to dox public officials and celebrities by listing the name, birthday, address, previous address, phone number and taxpayer ID of public figures and celebrities.

According to court documents, Islam and his cronies doxed and swatted victims between February and August 2013.

They did it to to “entertain” themselves, to mete out revenge for conduct they didn’t like, to “express animus” toward certain victims, and to pump up their own notoriety, the documents said.

We don’t yet know who Islam’s conspirators were, but the investigation is continuing.

Krebs is one example of a retaliatory swatting: The day before he and his home were surrounded by armed agents, Krebs had published a story that had outed Islam’s group’s methods for doxing public officials.

Besides retaliating with a swatting attack, Krebs reported this week, within 45 minutes of Krebs having published that story, Islam helped to launch a sustained denial-of-service (DoS) attack that briefly knocked Krebs’ site offline.

Islam launched retaliatory attacks on at least two others who’d become lightning rods for criticism within the cybercriminal community.

One was US Attorney Stephen P. Heymann, a Boston lawyer who led the widely despised prosecution against Aaron Swartz.

Swartz killed himself in January 2013 while facing a laundry list of charges for downloading academic articles from not-for-profit, subscription-based academic journal archive JSTOR.

Another victim targeted for his unpopular actions was former congressman Mike Rogers, who spearheaded legislation opposed by internet activists, including the Stop Online Piracy Act (SOPA) and the Cyber Intelligence Sharing Act (CISA).

Islam also preyed on a college student when the woman stopped responding to his come-ons. In March 2013, after having cyberstalked her and her friends with repeated calls and texts, he called in a shooting and bomb threat on the campus of an Arizona university.

Using an emergency call internet relay system, Islam reported that a man on campus had a gun and a rifle and was shooting people on campus and that he had explosives and was going to blow up buildings.

Paul M. Abbate, assistant director of the FBI’s Washington field office, said in a statement that the FBI is committed to tracking down swatters like Islam:

The FBI takes ‘swatting’ and ‘doxing’ attacks very seriously because such illegal conduct jeopardizes public safety and places innocent people in harm’s way by exposing private and personal information. Working closely with our law enforcement partners, the FBI continues to refine technological capabilities and investigative techniques to prevent these types of crimes, and to track down criminals who commit them.