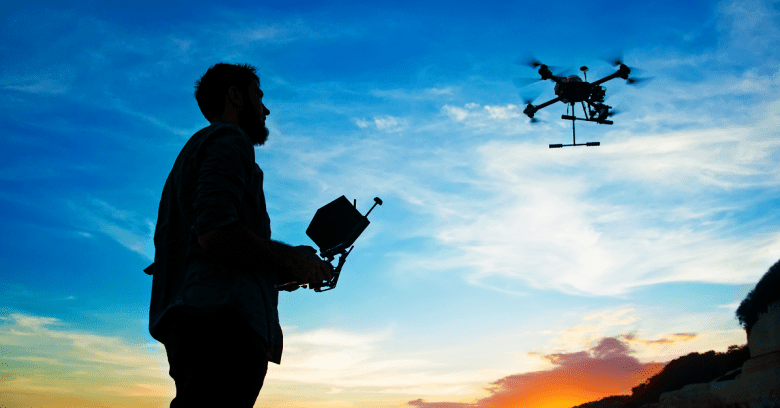 For three weeks, the so-called Trailhead Fire raged in a remote California canyon, where planes carrying fire retardant are crucial to battling flames.

The fire, which grew to 5,600 acres, caused three people to be injured and hundreds to evacuate their homes for several days.

As of Monday, firefighters had contained 100% of the blaze.

However, they likely could have done it sooner, were it not for three incidents of drones getting in the way and forcing retardant-carrying planes to divert course.

Local NBC station KCRA quoted Cal Fire spokesman, Daniel Berlin, on the impact one of those drones had on firefighters’ work:

We immediately pulled back the aircraft for probably a good 30 minutes until that drone was out of the area.

As it is, daylight hours are crucial for flying firefighting aircraft, Berlant told The Los Angeles Times, multiplying the effect of any delay during that time:

Once sunset occurs, we are not able to use our aircraft. We needed to make as many drops as we could before sunlight went away. And at that point we had not been able to make access to the fire line on the ground, so the aircraft were critical.

Chief George Morris III, the unit chief for Cal Fire in the area:

Every minute we couldn’t fly our aircraft because of this drone, the fire was able to grow and do more damage.

On Friday, the drone operator supposedly responsible for the 30-minute delay was arrested. Eric Wamser, a 57-year-old California man, thus became the first person ever to be arrested in the state for allegedly flying a drone too close to a wildfire.

The Placer County resident, told KCRA that he decided to fly his drone above his house to see how close the fire was.

On the night of 28 June, when the fire initially erupted, Wamser flew the drone for a quick 2 minutes, just above the tree line outside his Foresthill home.

Our firefighting aircraft have to make their approach and they’re flying very low to the ground. In many cases, they’re just above the tree line.

Cal Fire said in a statement that law enforcement officers working for the California Department of Forestry and Fire Protection (Cal Fire) arrested Wamser after spotting footage of the fire on social media.

Wamser posted the video to his Facebook page, he told KCRA, but was too ashamed to be interviewed on camera about it. However, he did want to go on the record as saying that he’s embarrassed about the mistake he made that night.

KCRA reports that the video has since been taken down and will be used as evidence by the Placer County District Attorney’s Office. Wamser’s facing one misdemeanor charge of interfering with firefighting efforts.

He says he’s learned his lesson.

Now, as Cal Fire continues to investigate the other two drone incidents that hampered their firefighting efforts, the department is hoping that others will learn that same lesson.

We hope this is a lesson for all hobby drone operators. Whether it’s intentional or a mistake, don’t do it. Don’t fly a drone even if you’re a mile away: you can be in the approach for an aircraft to access the fire.

When a hobby drone flies in the path of our aircraft, we have no choice but to pull back our airtankers and helicopters until the drone is removed.

For hobby drone operators, it’s pretty simple: When you fly, we can’t! No hobby drones over fire zones.

2 comments on “Drone operator arrested for flying over wildfire”