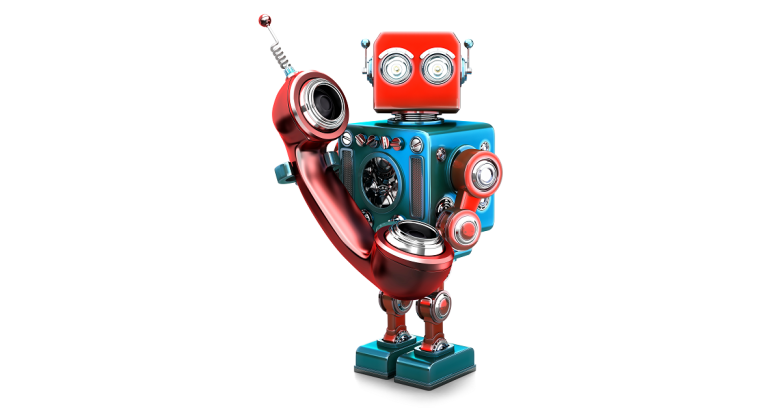 Robocallers, with a bit of luck, a dash of Google blocking and a ‘do-it-now!‘ FCC chairman, you’re going to speed-dial your way straight into oblivion.

The US Federal Communications Commission (FCC) is urging US carriers to help block you, and Google’s begun to set off the red alert when it spots incoming robocalls.

Specifically, as Google announced on Monday, it’s now splashing some phones with ‘don’t-answer-that!‘ red when it spots, and labels, a suspected spam call.

Spam calls, robocalls, call them what you will. Most of the time we call them unprintable names when we wind up answering the call and find ourselves talking to a machine.

The term mobile phone spam covers spam directed at text messaging or other communications on mobile phones. In the US, the Federal Trade Commission back in 2009 expanded its Phone Spam regulations to prohibit voice spam, also known as robocalls, without prior written approval from consumers.

For several years now, third-party apps like Whoscall and Truecaller have scanned incoming calls to identify, and help block, robocallers.

But now, at least some Google Phone app users are going to get that anti-spam coverage built right in.

Google said that it’s updating its Phone app on Nexus and AndroidOne devices so that it will warn about potential spam callers and give users the ability to block and report spammy numbers.

It’s unclear how Google’s going to differentiate between normal calls and robocalls. The Guardian, for its part, suggests that the company will be checking incoming call numbers against an updating database.

If you’ve already got Caller ID turned on (it’s on by default), Google Phone app’s new spam protection will be available once your phone updates to the latest version.

Google’s Caller ID, which has been available for several years now, helps identify businesses not stored in your address book.

As long as it’s enabled on your (Nexus or AndroidOne) device, Google will now give you a heads-up if an incoming call is potentially spam.

Such calls will show on a red screen, as opposed to the “safe” blue screen. The Phone app will also label the call as “suspected spam caller.”

After you reject or answer the call, you’ll be able to block the phone number or report it as not spam if it was erroneously flagged.

The “recent calls” screen will also have an option for any phone call to be reported as spam and to be blocked.

For detailed instructions on how to use Google’s Caller ID or spam protection, you can check out this support page.

In other anti-robocall news, on Friday, FCC chairman Tom Wheeler wrote on the commission’s blog that robocalls and telemarketing are currently the number one source of consumer complaints.

Wheeler says he’s sent letters to CEOs of major carriers, calling on them to offer free call-blocking to customers immediately. He’s also sent letters to the carriers that connect robocallers to consumer phone companies, reminding them that they’re supposed to be helping consumers by offering blocking technologies.

Wheeler’s also putting the pressure on carriers and standards groups to speed up the development and deployment of technical standards that would stop caller ID spoofing, and thus make blocking technologies more effective.

He’s given all the companies 30 days to respond with “concrete, actionable solutions to address these issues.”