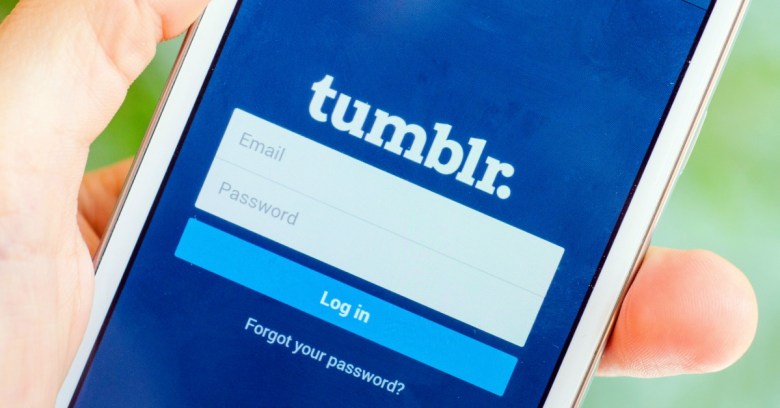 …and to eventually get a slice of the pie.

Tumblr this week announced how it’s going to start earning its keep: by putting ads on each and every one of its 306 million blogs.

The ads rolled out on Thursday.

Tumblr said on its blog that sometime in the coming months, nearly every Tumblr blog could have an ad on it, and at some point, users will get a slice of the ad revenues.

The ads will be on by default, but you’ll be able to turn them off – at least, on your own blog – and opt out of Tumblr’s latest attempt to make some money.

Here’s the rationale, according to its staff blog:

So that later this year people can start making money from their blogs.

…it also doesn’t hurt that Tumblr itself will, of course, make money. As it is now, it’s a free service, having to date only made money by selling a few special themes.

Tumblr’s owned by what the Wall Street Journal terms the “ever-struggling” Yahoo.

We don’t yet know any of the details, including how the revenue-sharing with users will work, when all users will be affected, how users will be paid, or the size of their cut. Tumblr’s still working that all out, it said.

In an interview with the WSJ earlier this week, Yahoo CEO Marissa Mayer said there’s “untapped value” in Tumblr’s future. The newspaper reports that Tumblr ads will be served by Yahoo’s Gemini ad service and will show up on the mobile and desktop web, as well as on Tumblr’s mobile app.

According to TechCrunch, which spotted the quietly announced news earlier this week, the advertising move appears to be an expansion of an earlier program: Creatrs, which connects brands with Tumblr users directly, instead of having advertisers work with third-party influencer networks.

Even before this announcement, concerns were raised about malvertising on the platform due to way that when followers share a Tumblr link, embedded ads come along for the ride.

The fact that embedded ads thus spread far and wide makes for a tempting target for cybercriminals who specialize in rigging those ads with malicious code.

Malvertising is one of the very good reasons that people use adblockers.

Short for malicious online advertising, it’s when usually trustworthy sites temporarily go rogue because one of the ads they display turns out to be booby-trapped and tries to foist malware or potentially unwanted content on your computer.