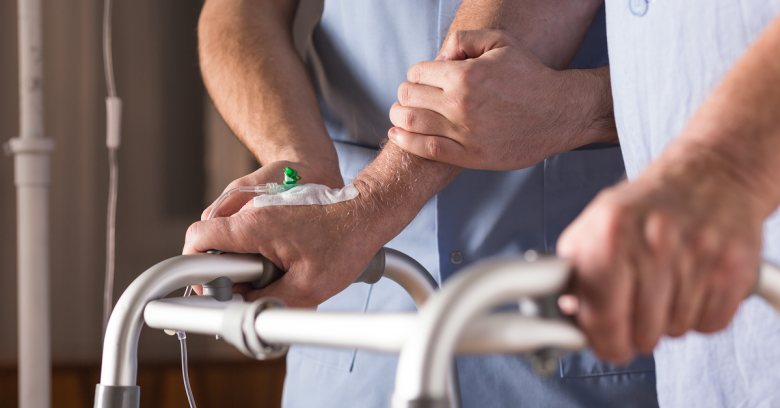 A nurse aide takes a photo of a long-term care resident covered in feces and shares it on Snapchat.

A nursing assistant takes a photo of an Alzheimer’s patient while she was on the toilet with her private parts exposed, and again shares it on Snapchat.

In December, ProPublica compiled 47 such incidents that have occurred since 2012, all concerning workers at nursing homes and assisted-living centers who’ve shared photos or videos of residents on social media networks without the residents’ permission; often without the knowledge of these people, who are often cognitively impaired; and all too often with the motive of humiliating them.

The Centers for Medicare and Medicaid Services, an agency within the US Department of Health and Human Services, on Friday sent out a memo spelling out guidelines that forbid employees from taking demeaning or humiliating photos and videos of residents.

The memo went out to state health departments, which help the Feds to enforce nursing home regulations.

It said that the state health departments should start checking to make sure that all nursing homes have policies prohibiting staff from capturing these images, which have included not only people covered in feces, but those who are naked or even dead.

Some of the images have even captured abuse.

One example: in 2012, a former nurse aide posted a video showing a 92-year-old dementia sufferer, in a wheelchair, being harassed. The video showed a hand tugging at her hair while voices could be heard taunting her, saying things like…

The boss lady said that if you don’t wash the dishes, she will slap the black off you…

The memo instructs state officials to quickly investigate such complaints and report offending workers to state licensing agencies for investigation and possible discipline.

CMS said in the memo that it’s nursing homes’ responsibility to protect residents’ privacy, to prohibit abuse, to provide training on how to prevent abuse, and to investigate any and all allegations of abuse.

According to NPR, penalties can include fines, citations and possibly being cut from the Medicare program.

As it is, there’s a patchwork of laws that may or may not make it illegal to post these images.

As it now stands, the state law designed to protect dependent adults from abuse was last updated in 2008, before the launch of many social media platforms.

As ProPublica reported, that law bars “sexual exploitation of a dependent adult by a caretaker.” Given the lack of genitals in the photo, the law didn’t cover the incident.

Iowa officials are working to change that law early next year.

Following ProPublica’s publishing of nursing home resident abuse stories, Sen. Charles Grassley, the Iowa Republican who chairs the Senate Judiciary Committee, asked Snapchat and other social media companies what they were doing to stop this abuse, called on the Justice Department to weigh in, and asked the HHS inspector general what it’s doing to stop elder abuse.

In his 28 June letter to Snapchat, Grassley said that Snapchat in particular makes it virtually impossible to report abuse when these types of images get shared:

When an individual tries to report a safety concern on behalf of someone else, say, an elderly nursing home resident, the tool produces the message: ‘We are unable to take action based on third-party reports.

An elderly nursing home resident victim is unlikely to have his or her own Snapchat account or have the knowledge or ability necessary to report abusive snaps on his or her own behalf.

And this was Grassley’s response to the memo CMS sent out on Friday:

Exploitation on social media is a form of abuse, and the agency memo makes that clear. We need to prevent it, and we need to punish it when it happens.

I appreciate the emphasis on training for all staff who provide care and services to residents, as well as the need to report the abuse to law enforcement and to encourage staff to report abuse, and the requirement for State Survey Agencies to conduct compliance reviews to ensure protective policies are in place.

While the vast majority of nursing home staff will never exploit residents this way, the rules ought to be crystal clear across the board.