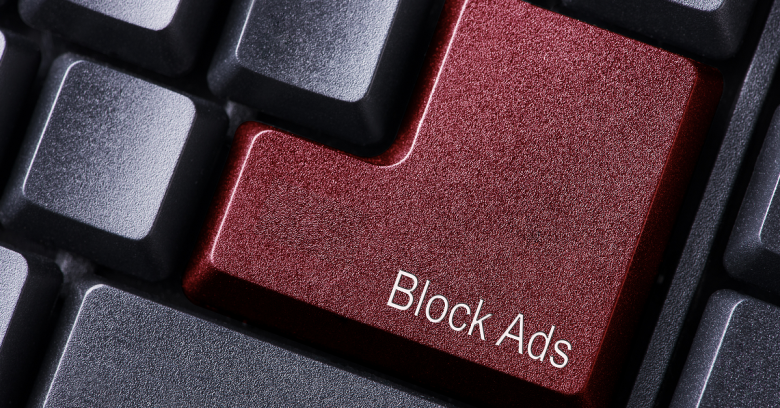 Facebook, the adblocker ball’s back in your court, but researchers seem to have punched some holes in your racket.

I’ve just installed a Chrome extension called Facebook Ad Highlighter, and I can still see your sponsored posts – hello, collapsible foam roller! – but it’s now grayed out, labelled in big, black letters “THIS IS AN AD.” 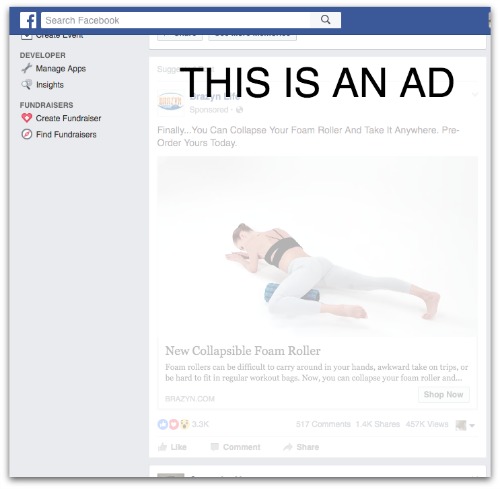 The experimental extension comes from assistant professor Arvind Narayanan and undergraduate Grant Storey, researchers at Princeton University who say that the ad highlighter is proof that, due to rules that require social media ads to be clearly labeled, Facebook can’t win against adblockers.

Last week, Facebook unveiled an adblocker-proof format, pulling an adblocker run-around to get past the way Adblock Plus and other adblockers spot ads, tricking the blocking software into thinking ads were just normal posts.

Within 2 days, Adblock Plus had gotten past Facebook’s adblocker blocker, restoring its extension’s ability to recognize Facebook’s sponsored posts.

But as Adblock Plus’s Ben Williams noted at the time, Facebook could circumvent the workaround any time.

And within a few hours of Adblock Plus’s reblock last Thursday, that’s exactly what Facebook VP of ads Andrew Bosworth, better known as Boz, announced the company would be doing.

Those were the volleys in the adblocker wars from last week.

And this week, we have the Princeton duo’s Facebook Ad Highlighter extension.

What’s more, in a blog post, we have a theory from Narayanan about why he and Storey believe that Facebook simply can’t win this war.

There are two reasons, actually, he says: one is technical, and the other is legal…

Reason no. 1: the web is an open platform

When you visit Facebook.com, Facebook’s server sends page content to your browser, with instructions on how to render it on your screen.

But it’s up to your browser to follow those instructions. And extensions give you what Narayanan calls an “extraordinary” degree of control over your browser’s behavior – particularly when it comes to what it displays on your screen.

That’s what enables the ecosystem of adblocking and tracker-blocking extensions to exist.

So, why can’t Facebook engineers just obfuscate the ads, making them illegible to humans and unrecognizable to adblockers?

Well, that’s because of…

Reason no. 2: the FTC won’t put up with obfuscated ads

Ads have to be labeled as ads lest they run afoul of the Federal Trade Commission’s (FTC’s) rules against misleading advertising.

The FTC vigorously enforces those rules, Narayanan says, pointing out the example of the FTC’s recent crackdown on celebrities who aren’t clear about appearing in sponsored content.

The Princeton researchers’ tool works by looking at parts of a web page that aren’t visible to humans. In the case of Facebook posts, that means the tell-tale “Sponsored” tag.

The extension is just a simple proof of concept at this point, but the researchers could make it much more robust without a performance penalty, Narayanan says.

The extension could block ads entirely, but since it’s just a proof of concept, they chose to simply highlight how easy it is to spot ads.

Given these arguments, why is Facebook making such a show of blocking adblockers?

Narayanan thinks that Facebook’s basically just putting on a show for us:

All of this must be utterly obvious to the smart engineers at Facebook, so the whole ‘unblockable ads’ PR push seems likely to be a big bluff.