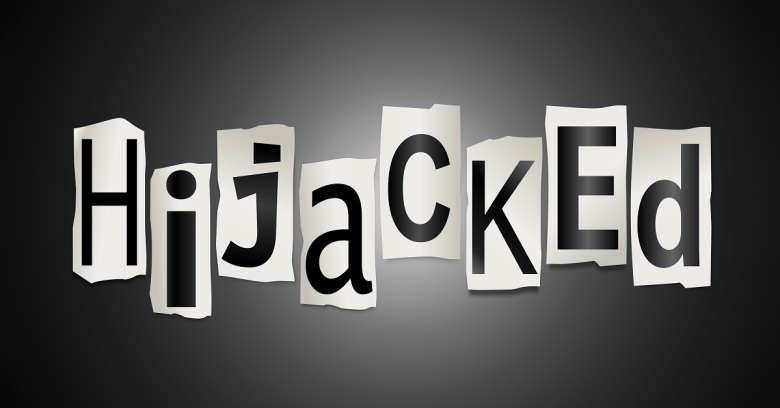 On Saturday, his verified account tweeted out a rather premature message about Wales’ demise: “RIP Jimmy Wales, 1966 – 2016.”

Within the hour, as people started to wonder about Wales’ whereabouts and whether they should take the message seriously, the hijacked account followed with a new tweet that read…

I confirm that Wikipedia is all lies, OurMine Team is the true

… along with a link to a website displaying the group’s logo and an ad for social media security services.

But according to Mashable, in addition to the fake messages-cum-marketing, Wales’ Twitter bio had been changed to read “hacked by OurMine.”

This isn’t the first we’ve heard of OurMine. In June, somebody or somebodies going by that name hijacked the Twitter and Pinterest feeds of Mr. Social Media himself, Mark Zuckerberg.

Whoever OurMine is, they boasted about allegedly having found Zuck’s password – the worryingly simple “dadada” – by sifting through the recent password dump of stolen LinkedIn accounts.

As Quartz reports, nobody in the hacking world seems to like OurMine, which relishes hacking high-profile accounts at random, boasting about the attacks, and asking followers for future targets.

Twitter’s ongoing war to clean up its dark underbelly

Besides account hijackings, Twitter has an abuse and troll problem, and it’s been going on for quite a while.

In February 2015, then-CEO Dick Costolo admitted that Twitter “sucked” at dealing with abuse and trolls.

The company’s done a lot of work to clean up its act, and the work continues. Last week, it said that it had taken down 235,000 terrorist accounts, for one thing.

It also announced that it was rolling out two new features to “give you more control over what you see and who you interact with on Twitter.”

According to Twitter product manager Emil Leong, a new “quality filter” can improve the quality of tweets you see “by using a variety of signals, such as account origin and behavior.”

Also, new notifications settings now give users the ability to limit notifications to only people they follow on mobile and on Twitter.

As far as the hijackings are concerned, there are many ways that these accounts could have been taken over. Likely suspects include:

Password reuse. This is why we urge you not to reuse passwords on different sites: if one of those sites gets breached, crooks can use the same login to get into wherever else you’ve used it. They can get into your social media accounts to embarrass you, get access to your contacts, commit identity theft, and drain your banking accounts, while they’re at it.

Willy-nilly clicking on links in email is another way to get into trouble. Phishing might sound old-school, but some of the true classics are still extremely successful. In fact, a study from Google and the University of California, San Diego, found that there are some phishing sites that are so convincing, they work on an eye-popping 45% of visitors.

Bad password etiquette. Perhaps a staffer gave the password away to someone, or maybe it was the name of somebody’s pet?

Use a strong, unique password. Here’s how to cook one up: