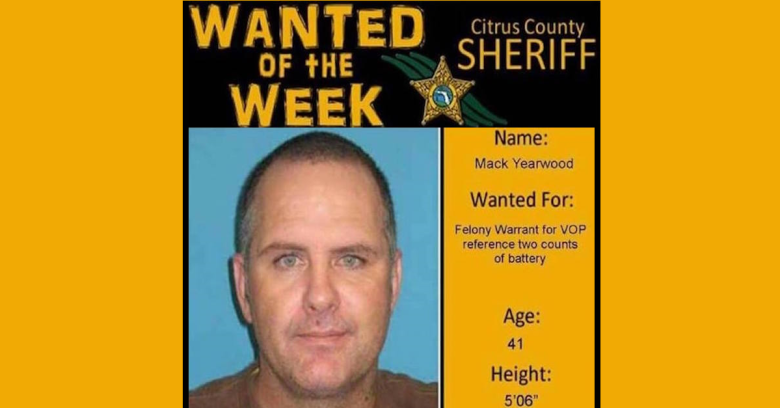 When police put your photo on a “Wanted” poster for violating probation on two counts of battery, it’s not the best idea to use that photo as your Facebook profile picture.

A 42-year-old Florida man learned that lesson the hard way.

Police from the town of Stuart said on their Facebook page that the picture came from a “Wanted of the Week” poster.

Beyond the bad judgment on what photo to use on Facebook, Yearwood allegedly also forgot that he had a bag of weed in his jeans pocket.

While police were taking him into custody, he asked to put on the pair of jeans, which were lying on the floor.

Yearwood thus managed to pick up an additional charge of possession of cannabis under 20 grams.

We have no indication that Florida police got fancy with facial recognition technology – or even that they thought to use Google reverse image search – to identify Yearwood.

Rather, as a police spokesman told the Palm Beach Coast, an officer who responded to a disturbance on Monday night told other investigators about Yearwood’s outstanding warrants.

An officer checked Yearwood’s Facebook page, and that’s where the Wanted poster photo showed up: according to the screen capture posted by police, that photo was updated on 2 March.

That’s a good 6 months that Yearwood flaunted his “Wanted” status.

Does that make him the new Crown Prince of Incriminating Selfies and “Come Find Me, I’m Over Here!” crooks?

He’d be taking that crown from the felon who posted a selfie posing with his gun collection: a selfie that got him a jail sentence of more than 15 years.

We better hold off on crowning Yearwood, for now: he hasn’t been convicted, and of course he’s innocent until proven guilty.

And at least he didn’t send police a more flattering photo!