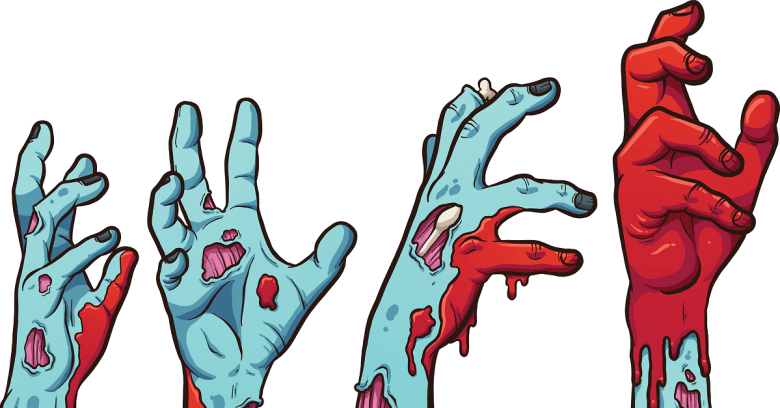 There’s nothing more distracting for a motorist than having to pull over and protect yourself from zombie genitals, but at least a vandalized road sign cared enough to suggest what might work to do so.

It displayed a traffic sign in Ottawa’s Stittsville neighborhood that had been tampered with to display this advisement:

ZOMBIE D*CKS AHEAD!
PROTECT YOUR VAGINA
USE CONDOMS

Sgt. Dan Berrea of the Ottawa police told the publication that police would open an investigation only if they received a complaint.

Note that we’re not saying the sign was hacked remotely.

The portable signs more typically display messages to inform drivers that an exit’s closed, or that there’s construction work ahead, rather than stating things like…

Rather than being hacked remotely, it’s more likely that people got in to the control panel to manually mess with the messages on all those road signs.

In the case of the reptilian Republican message, put up on a road sign in June, Texas Department of Transportation’s Ryan LaFontaine said that the signs can’t be tampered with remotely:

“Break,” or maybe just “guess at,” or, then again, perhaps “find the spot where somebody scribbled it down”?

You’d think we’d all know better than to put passwords onto sticky notes or, say, scribble it onto a highway sign, but alas!

As LaFontaine pointed out, messing with these signs constitutes a serious crime. In the US, it’s a third-degree felony punishable with prison time.

And of course, for safety’s sake, we really do need to keep from distracting motorists.

4 comments on “Traffic sign ‘hacked’ to warn about zombie genitals”