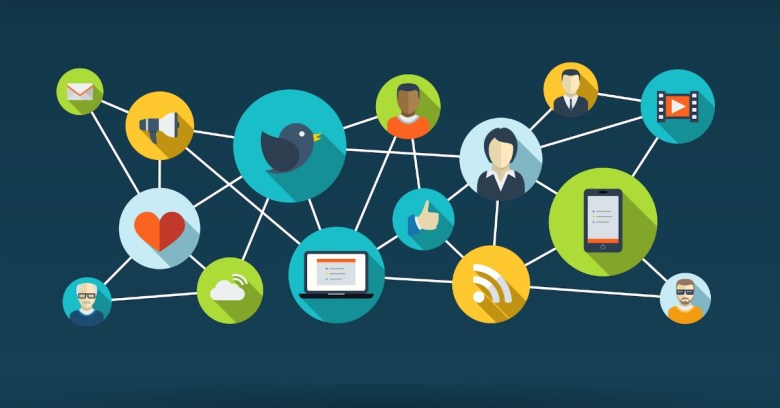 As the makers of recruiting platforms are happy to remind us, your social media self is extremely likely to be perused by recruiters who’ll either snap you up when they see the results or turn up their noses at, say, your posts about OMG how much you HATE your boss and hope he DIES!

According to one such vendor, as of 2013, 93% of recruiters were likely to look at a candidate’s social profile, and 42% had been moved to give the thumbs-up or -down based on what they turned up.

There have been various tools put forth that make it easier for employers to get at your “true” self.

(And before you protest that our social media selves are not, in fact, our “true” selves, I need to point out that researchers say otherwise. “Disagreeable” or “non-conscientious” people are, in fact, more likely to emit the unpleasant aroma of, say, bad-mouthing peers and employers on social media.)

Now, there’s another such tool to go beyond just plain old running a search on a candidate.

Called The Social Index, the online service promises to rifle through the digital footprints of short-listed job candidates and present employers or recruiters with a report.

That report is an infographic that, the company claims, maps out a candidate’s “personal brand.”

It crunches data from Facebook, Twitter and LinkedIn. According to a report from Mashable, The Job Index focuses on those three social platforms partly because they’re common, but also because, typically, they’re the ones most relevant to a company’s client activities or reputation.

It takes about 30 seconds for the candidate to be analyzed before their “social footprint” is ready. Within 24 hours the report will be delivered to both the client and the job seeker.

It’s a lot faster than slogging through Google searches for a name. Plus, as the founder of the Australian company, Fiona McLean, points out, when you rely on search engine results, you can’t even be sure the profile you’re looking at is for the right person.

As far as privacy goes, McLean points out that the system only looks at public information, and it doesn’t share people’s posts with companies.

If it’s not online, then a client can’t see it in the report.

The system maps out when, where, and how often people are posting. It also gives a timeline for your career, highlighting both the good – say, when you got promoted, or your average tenure – and the bad – say, unaccounted chunks of time that don’t reflect your being employed, or a brief average tenure that could point to a pattern of getting shown the curb after a few months.

Like Klout, it also shows how much of an influencer you are: How many connections you have on any given platform, for example. The system also does some sentiment analysis to show how positive your digital self is.

Employers will be able to tweak it to fit a given role. McLean gave the example of a job that requires a lot of social media interaction: if your profile shows that you don’t post much, that’s bad.

I worked with someone early on who was hiring for a social media role, and they were getting a lot of people who were saying ‘well I know social media, I do a lot of it,’ but the reality was they knew the theory of it but couldn’t demonstrate it.

…on the other hand, if you’re spending all day posting when social media interaction isn’t part of your gig, that’s pretty bad too, McLean said:

If the role is a back office accountant and they are equally on social media between 10 and 4, the chances are, they are not doing the core part of the role as well as they could.

Back in June, we got wind of a service that offered to scour potential tenants’ social media profiles for landlords.

Consent needs to be given for either of these social media-mining apps.

That still doesn’t answer the question, though: isn’t it illegal to demand workers’ passwords?

No, it’s not, at least in the US. As it is, a number of US states have tried to make it so, but the US House has declined to ban the practice.

At any rate, job candidates and tenants alike can decline to hand over access to their accounts.

Hand over access, or some day you could well find yourself being disregarded for an apartment or a job.

When it comes to The Social Index, the small mercy is that they’re only going after publicly posted data.

It’s yet another very good reason to clean up your past posts and to lock down your privacy.

Don’t be one of them, and while you’re at it, don’t let your friends or family fall into that category.

To see who can find the things you’ve shared, you can use privacy shortcuts and Activity Log to review your personal trail of glory and misdeeds.

There, you can find stories and photos you’ve been tagged in, Pages you’ve liked, friends you’ve added, your photos, and photos you’re tagged in that are shared with Public.

Besides photos we’re tagged in without our permission, most of the stuff that’s in our Graphs is up because we put it there.

To further clean up our Facebook personae, we can always remove a tag from a photo or post we’re tagged in.

As Facebook outlines here, you do that by hovering over the story, then clicking and selecting Report/Remove Tag from the drop-down menu. Then, remove the tag or ask the person who posted it to take it down.

Also, to further lock down your profile, take a gander at these three ways to better secure your Facebook account.

17 comments on “Would you hand over your social media account details for a new job?”