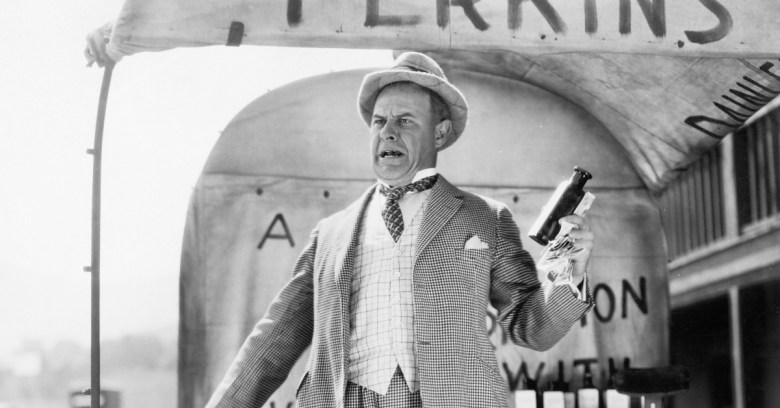 On Tuesday, adblocking company Adblock Plus launched a new platform… to sell ads. The company announced the controversial move on its blog, saying that it was:

… launching the beta version of a fully functional ad-tech platform that will make whitelisting faster and easier.

So, what exactly does that mean?

As part of the company’s Acceptable Ads initiative, advertisers and publishers who have agreed to make ads that abide by a number of specific criteria can be ‘whitelisted’. The criteria demands that ads don’t disrupt a user’s natural reading flow, are easily identified as ads and conform to specific maximum sizes.

By default, users will see ads that are whitelisted but they can also disable their Acceptable Ads option to block all ads completely.

The Acceptable Ads Platform, as it is known, also lets publishers and bloggers select pre-whitelisted ads to use on their sites. AdBlock Plus users will see the Acceptable Ads-approved ad whilst everyone else will see whatever ad would have been running there anyway (unless they’re using a different adblocker!)

No ads at all

In fact, Adblock Plus seems to have almost forgotten this group of users. The Guardian shares a quote from Adblock Plus co-founder Till Faider that clearly neglects them:

There are two ecosystems of online consumers out there right now: the one composed of people who block intrusive ads and the other where people do not. The Acceptable Ads Platform lets publishers reach the former group without changing anything about how they’re reaching the latter.

This new platform may well alienate them and send them fleeing elsewhere. As John Koetsier writing for Forbes puts it:

AdBlock Plus, whose users adopted the technology to avoid advertising altogether, may well decide to vote with their feet and leave for greener pastures, like other adblocking technologies.

A form of extortion?

In its analysis of this controversial move, Koetsier describes the launch of this platform as a “fox guarding the hen house”. Jacob Kastrenakes writes in the Verge:

In setting up its own marketplace, Adblock Plus continues to position itself as a gatekeeper charging a toll to get through a gate of its own making.

And a toll there clearly is going by the figures published in The Guardian:

Publishers will get to keep 80% of the advertising revenue from ads sold through the marketplace, and the rest will be divided between Adblock Plus and other partners.

Which means that whilst it rolls the dice with its users AdBlock Plus also risks alienating publishers too. Even before this move Advertising Bureau CEO Randall Rothenberg had already described AdBlock Plus as an “extortion-based business and hurts publishers”:

AdBlock Plus is in the business of taking the revenue that these publishers should earn and then divert[ing] it into their own pockets.

To me, the success of this platform hinges on Adblock Plus’ understanding of its user base. If, as the company believes, the majority of its users feel that all ads are not equally annoying and that some are acceptable, then it may be onto a winner – if and only if the ads it whitelists really are what its user base wants to see.

If, on the other hand, the majority of users don’t want to see any ads at all or if Adblock Plus loses touch with what ads its users want (and this is bound to evolve over time), then this business model could be doomed.

It’s a brazen move. Only time will tell if it pays off…

11 comments on “AdBlock Plus launches its ad-selling platform”